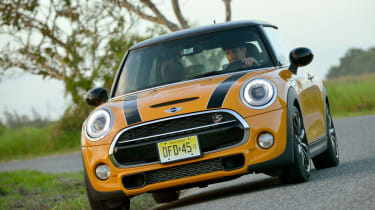 Prices for the all-new MINI have officially been revealed. Starting from £13,750 for the MINI One hatch, the flagship Cooper S model will be priced at £18,650. The third-generation model will be built at the firm’s Oxford plant and will be available from dealers on 15 March.

Although instantly recognisable, the third-gen model is completely new from the ground up. Space, performance, efficiency and refinement have all been improved, while proportions have also increase. The new model is 98mm longer, 44mm wider and 7mm taller than its predecessor.

Big changes continue under the bonnet, too. Three brand new three-cylinder engines are now available, each featuring turbochargers for the first time. The entry-level MINI One is powered by a 101bhp 1.2-litre three-cylinder engine (£13,750), while the diesel version (£14,890) uses a 95bhp 1.5-litre motor.

There’s never been a better time to snap up a reimagined classic, but is the MINI Cooper or VW Beetle a better buy?
MINI Electric production passes 11,000 unit milestone 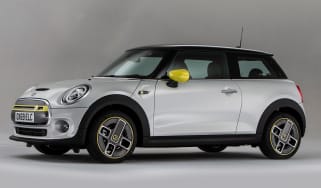 The firm’s Oxford plant has built more than 11,000 MINI Electrics since the hatchback’s launch – around 3,000 of which were for UK buyers