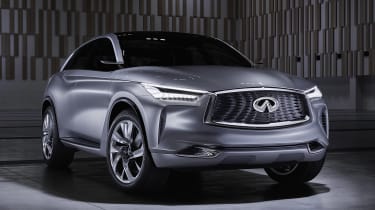 The Renault-Nissan Alliance has launched its variable compression engine at the 2016 Paris Motor Show, and the brand says it will greatly reduce the world’s reliance on diesel power.

The groundbreaking 2.0-litre turbo VC-T petrol unit is the first of its kind in the world, and Infiniti says it has the performance of a turbo petrol but the efficiency of the latest diesel powertrains. It’s been called the ‘most advanced internal combustion engine ever created,’ and will make its debut with the new Infiniti QX50. 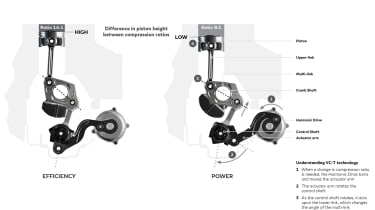 The new QX50 SUV, which was hinted at by the QX Sport Inspiration concept that is also in display at the Paris show this year. The QX50 is expected to go on sale in 2018.

Infiniti will be the first of the Alliance brands to feature the new engine, and plans to use the four-cylinder engine to eventually replace the ageing 3.5-litre V6 petrol unit used across the brand’s line-up.

Eventually, the VC-T is likely to find its way into models made by sister companies Renault and Nissan, with the next-generation Kadjar and Qashqai potential candidates for the tech.

How does the variable compression engine work?

The tech works by altering the volume of the combustion chamber between the top and bottom piston position. This gives different compression ratios, ranging from 8:1 to 14:1. 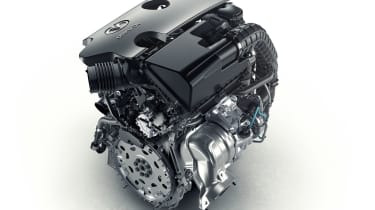 A low compression ratio delivers superior performance; a higher ratio allows improved fuel economy. The volume is changed via a new multi-link mechanism and control arm,  and the engine automatically applies the optimum ratio depending on driving conditions.

What are the benefits?

A company spokesman said: “This won’t replace all our diesels. But it has that potential.” Significantly, it is lighter than the latest diesel engines, and cheaper to make too.

Pairing the VC-T with a CVT gearbox is said to be the best solution for maximum efficiency, and Infiniti also says the transversely mounted engine could be used in hybrids. Eco and Sports modes will be fitted to cars with the engine to allow drivers to determine how it is used.

The VC-T follows an aborted attempt by the now defunct Saab to launch a variable compression engine on the 9-5 in the early 2000s. The project was canned on account of cost.

Infiniti first started work on the technology in 1998, and president Roland Krueger said: “This is the result of 20 years of research for Infiniti and is the next step towards meeting emissions regulations.”

The engine has been developed entirely in-house at Infiniti, but no decision has yet been made on whether the company will be willing to license it to other companies.

What do you think of the new Infiniti engine technology? Join the debate in the comments section below...