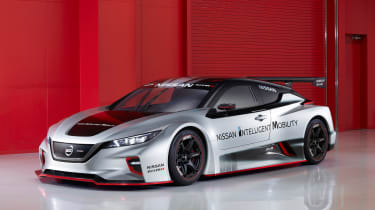 It’s heartening to see that Nissan occasionally allows its engineers to let their hair down, because when it does, they come up with things like this; the latest version of the Nissan Leaf NISMO RC.

Battery technology and drivetrain components for this electric track weapon are borrowed from the commercial version of the Leaf. Performance comes courtesy of two electric motors, which feed their power to all four wheels through a torque-vectoring system, and the RC produces a total output of 240kW (322bhp) and 640Nm of torque.

While this may not sound like much in comparison to the latest performance offerings from electric car companies such as Rivian and Tesla, the RC compensates for its lack of outright grunt by weighing a nimble 1,220kg thanks to it full carbon-fibre monocoque construction. 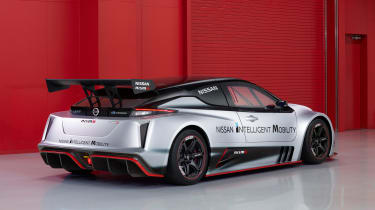 As a result, the Leaf NISMO RC has a power-to-weight ratio of 264bhp per tonne, and can supposedly dispatch the 0-62mph sprint in 3.4 seconds. This is 50 per cent quicker than the old NISMO RC, and quick enough to out-pace a Porsche 911 Carrera GTS.

The new Leaf NISMO RC also has several aerodynamic advantages over the old model. It now features an adjustable rear wing and sits lower to the ground, which Nissan says improves the car’s cornering ability.

Nissan plans to build six examples of its new Leaf NISMO RC to send to Formula E race events around the world. The car’s official debut will take place at Fuji Speedway on 2 December.

What are your thoughts on the new Nissan Leaf NISMO RC? Let us know in the comments below…