Peugeot 207 starts from around £2,000 and is a great choice, but check carefully before buying 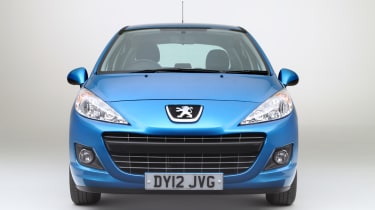 Over the years, Peugeot has made some brilliant small cars, and its 205 was reckoned to be the best all-round hatch of the eighties. Sadly its successor – the 206 – didn’t have the same impact, so when the 207 arrived in 2006, expectations were high. This new arrival was a big leap forward and, while it didn’t have the same panache as the 205, the 207 is still an easy car to recommend, not least because it has now been replaced by the 208, so it’s more affordable than ever.

The 207 hatchback debuted in May 2006, with three or five-door options and any combination of 1.4 or 1.6-litre petrol or diesel engines. A 120bhp 1.6 VTi petrol appeared in January 2007, plus the folding hard-top 207 CC, which used 1.6 petrol or diesel engines. From June 2007, there was a 95bhp 1.4 VTI petrol, along with a 175bhp GTi. A month later, the 207 SW estate debuted, with a chunky SUV-style Outdoor edition soon after. A facelifted 207 in August 2009 brought a fresh nose and interior, a higher-quality cabin plus standard Bluetooth.

Whether you go for petrol or diesel power, we’d suggest you aim for a 1.6-litre car, as the 1.4s can feel a bit breathless, and the bigger engines are still reasonably economical. If you want an auto, you’ll have to go for the 1.6-litre petrol engine, but such cars are rare, as around 95 per cent of 207s have a manual gearbox. The three-door 207 looks more stylish than the five-door model, but it’s less practical. Whatever bodystyle you buy, avoid entry-level cars (initially the Urban, later the Access) as these miss out on basic kit such as air-con.

The petrol-only Honda Jazz is one of the best small hatches around, as it’s versatile, reliable and cheap to run. It’s more expensive to buy than the 207, though. The Ford Fiesta is more comparable with the 207 on price, plus it’s reliable, easy to drive and great fun. There are a lot around, too. If you want a more unusual car, try the Mazda 2. This offers everything a Fiesta does, but has a more adventurous design. Or you could try the Renault Clio, which is fun to drive, spacious and good value. The diesels are especially desirable.