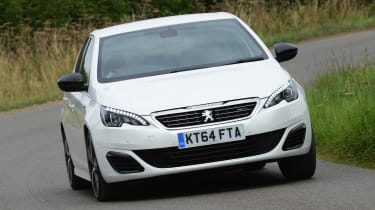 The Group released the real world economy figures for some of its best selling models like the Peugeot 308, Citroen C4 Picasso and the DS 3. On average, real world fuel economy for the 14 different Peugeot models tested was off by 22.34 mpg from the claimed figures - with cars like the 308 1.6 BlueHDi 120 S&S BVM6 over 30mpg less efficient. The average fuel economy for Citroen and DS models tested were off by 22.77 mpg and 20.87 mpg from the claimed figures.

The measurements were made on public roads open to traffic, with 25km (15.5 miles) in urban, 39km (24.23 miles) in rural, and 31km (19.26 miles) on motorways, with passengers and luggage on board. A portable emissions measurement system (PEMS) - identical to those which will be used in the upcoming Real Driving Emissions tests - was used to record average fuel consumption.

The Group is planning to publish real world figures for a further 20 models by the end of 2016, and looks to launch an online simulator on its websites to enable owners and potential buyers to predict their vehicles’ fuel consumption based on driving style and road conditions.

"As part of its drive to continuously provide customers with more information, the Group will publish figures for another 20 models by the end of the year and introduce a simulator allowing customers to reduce their fuel consumption depending on driving conditions, thereby lowering their CO2 emissions. In 2017, the PSA Group will move to the next level by extending measurements to pollutant emissions of nitrogen oxides (NOx) in customer driving conditions."

Peugeot is the new emissions leader, just ahead of Citroen and Renault, with average vehicle CO2 emissions totalling 103.5g/km – an improvement of 5.8g/km from the previous year.

Part of the impressive cuts in emissions comes down to the frugal 1.0-litre 3-cylinder engines found in small cars like the 108. However, it wasn’t just the superminis that were leading the charge, hatchbacks like the 308 also saw average CO2 figures dipping below 100g/km for the first time.

The only carmakers that showed an increase in CO2 figures were Fiat and Nissan. Fiat saw a 0.3g/km rise in fleet CO2 averages between 2014 and 2015, while Nissan reported a 0.5g/km increase.

Will real fuel economy figures matter to you when purchasing your next car? Tell us in the comments below...