The Porsche 911 is the 2020 Auto Express Performance Car of the Year, with the Audi RS 6 Avant and Ferrari F8 Tributo commended 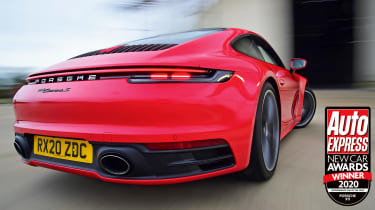 Yet more versions of Porsche’s iconic 911 have been released this year, including the supercar-quick 641bhp Turbo S and the retro-styled Targa variant, with its balletic folding-glass clamshell arrangement, to bolster the standard Coupé and Cabriolet models.

This means there’s even more choice for buyers now, and an even bigger breadth of ability is covered by the 911 range, which is why it’s still our number one performance car. Porsche’s latest version may be bigger and heavier than ever, but it still feels like a 911 to drive, with a dry, raspy flat-six soundtrack from that rear-mounted engine that defines this car’s dynamics.

It’s also pricier than ever, with the 911 range starting from £82,795, which is why we’d go for a base-spec Carrera. Thanks to its 380bhp output and 450Nm of torque from its turbocharged 3.0-litre engine, there’s still more than enough performance on offer from the Carrera, with 0-62mph coming up in 4.2 seconds.

All 911s are eight-speed PDK dual-clutch only for now, so they’re incredibly easy to drive in all situations, which is part of the 911’s trademark duality. With a 132-litre luggage bay in the nose and two small rear seats for children (or another 264 litres of luggage), the Porsche also offers genuine practicality for a sports car. 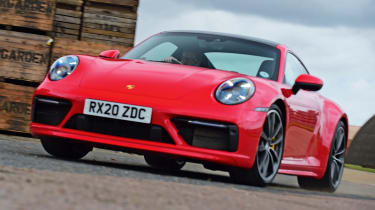 Even visibility is fantastic, while this 992-generation 911 features a much smarter, modern cabin along with Porsche’s latest infotainment, both of which are ageing well after a few years on sale. There are also more driver- assistance systems available.

However, when you really want to exploit what the 911 was built for – the wide chassis’s grip, the perfectly weighted steering’s precision, the rear-engined layout’s mighty traction and the whole package’s balance – the 911 comes to meet you, offering sensory messages few competitors in this class can match.

It’s still a brilliant all-rounder that delivers as much performance as you’d ever need even in ‘entry-level’ form (a relative term, of course), while those wanting more (Turbo S) or something a little different (Targa) can now indulge their whims. The Coupé remains the purist’s choice, though, and is the one we’d go for.

The rear-wheel-drive 911’s traction is so strong you simply don’t need four-wheel drive, so save some cash to spend on options (you might want a few, even though standard kit is fair and better than it used to be) and stick with the Carrera. It’s the most accessible and arguably the most rewarding 911 to drive in the current range. 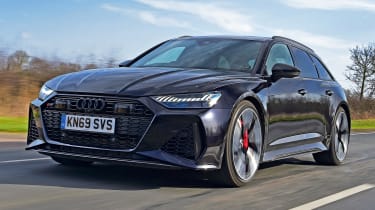 The RS 6 proves performance doesn’t have to be impractical. The super-estate packs a 592bhp punch for a 3.6-second 0-62mph time, a 565-litre boot and a high-quality cabin loaded with tech. Menacing looks complete the package. It’s a great performance model for those needing more usability. 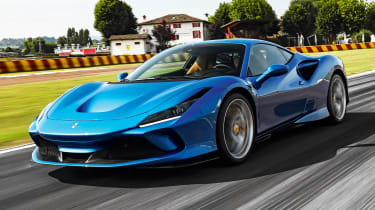 The F8 Tributo could be Ferrari’s farewell to pure-petrol performance cars before everything turns towards electrification, and what a way to celebrate. The brand’s mighty 710bhp 3.9-litre twin-turbo V8 and the sublime mid-engined chassis deliver performance to match the style.