All-electric Renault City K-ZE crossover makes an appearance in production form at the Shanghai Motor Show, and it could come to Europe 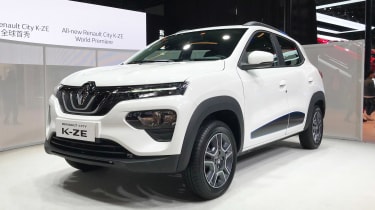 Renault has presented a small SUV sibling to the Zoe all-electric hatchback in Shanghai, which is a production version of the K-ZE concept revealed at the Paris Motor Show last October.

For the showroom, the A-Segment electric crossover takes on the name City K-ZE, and it’s being teed up as a hugely important model for the French firm’s Chinese operations. Renault is targeting 550,000 sales in China by 2022, and electric cars like the City K-ZE will be relied on to deliver much of that growth.

• All the latest from the 2019 Shanghai Motor Show

The Renault City K-ZE is essentially an all-electric version of the Kwid crossover - a cheap, tiny SUV we don’t get in Europe, but one that has decent market presence in China and India. The City KZ-E goes on sale in China towards the end of 2019 and the brand says it is “designed in China for China”. 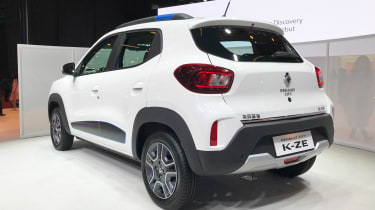 It’ll be built there as part of a new joint venture between the Renault-Nissan-Mitsubishi Alliance and local Chinese carmaker Dongfeng, but it’s very possible that City K-ZE will be offered overseas, too. Renault has said that launch information for other regions could be announced in due time, and a spokesperson told Auto Express: “Several countries are being studied, including Europe, and this also relies on the interest of the specific market.” To that end, Renault claims that the City K-ZE is being built to “European quality standards”.

Technical specifications have not been completely confirmed, but last year’s concept version of the City KZ-E, itself a very close-to-production preview, featured a modest all-electric powertrain capable of 155 miles on a single charge, but measured under old NEDC standards. The somewhat small range is a result of the City KZ-E’s intended urban environment and price; it should be cheap when it arrives.

Inside, the simple interior space is presented almost unchanged from the humble Kwid crossover the City K-ZE is based on. The dashboard is home to an eight-inch touchscreen infotainment system, with navigation, while Renault also claims that the City K-ZE boasts navigation, 4G internet and voice control. Behind the rear row of seats sits a boot 300 lites in size.

While Renault has communicated a timeframe for the City K-ZE’s launch in China, any prospective European launch will certainly take some time, likely lapsing into 2021 at the earliest.

Would you like to see the Renault K-ZE come to the UK? Let us know in the comments section below...

Rumoured Renault cuts could close factories and axe Alpine A110

Renault has suffered its first loss in a decade – forcing the brand to implement a £1.8 billion “no taboos” cost-cutting programme
Visit New all-electric Renault SUV to arrive in next 18 months 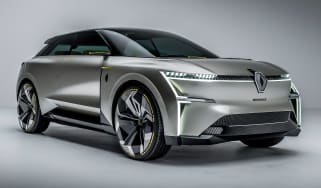 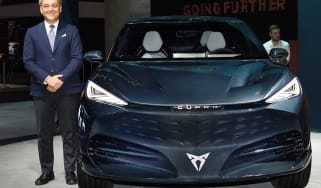