Say hello to the Renault Kwid: a new A-segment model for India and emerging markets set to sell for around 3,000, er, quid 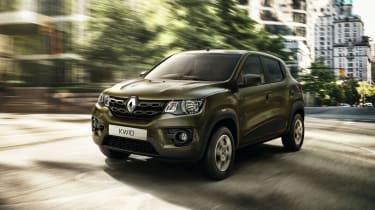 Renault has revealed the new Kwid city car crossover, a model destined for emerging markets that will initially sit as a new entry point for Renault's line-up in India. Priced from just 3 Lakhs (around £3,000) it will go on sale later this year.

It's the second time we've seen the Kwid nameplate on a Renault model, with the first being a radical two-door small crossover concept. This A-segment model borrows some styling cues from Europe's new, rear-engined Twingo, albeit in a more value-focused package. 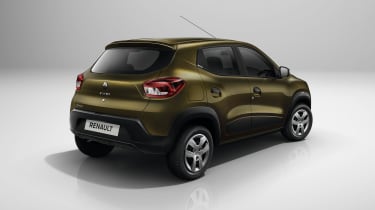 The Kwid's tall, slim profile is mated to an aggressive Renault family face, curvaceous side panels and a neat rear-end. Features such as the lack of a rear wiper and exposed door locks mark out its back to basics philosophy. The Kwid also gets a slightly raised ride height and rugged wheelarch inserts, useful for some of the badly-surfaced roads in India.

Inside, many elements are borrowed from current Dacia models, namely the optional touchscreen infotainment system, dash layout and ventilation controls. Creature-comforts are fairly thin-on-the-ground, but you do get a digital dash replacing the traditional dial layout. 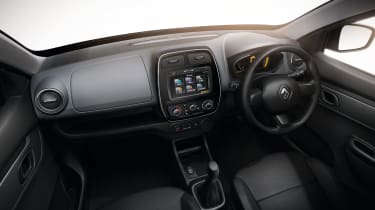 At the moment there's no indication that Europe will see the Kwid on sale but Dacia has previously hinted it is planning a £5,000 city car to sit under the Sandero in the UK and this model could fit the bill.

Check out our top 10 list of the best city cars to buy now...