Rugged appearance and 4WD will attract buyers to the SEAT Leon X-Perience, but the price is high 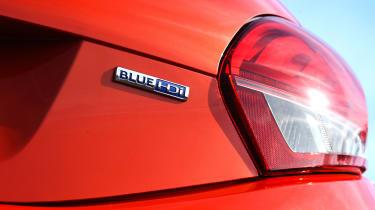 As a means of nudging the SEAT brand upmarket, and preparing customers for a future three-strong SUV range, the X-Perience is a success. It’s rugged, raised and four-wheel drive formula is nothing new, but for expanding families who need modest off-road abilities it fits the bill perfectly. Make sure you really need the extra abilities over the regular Leon ST, though, otherwise the higher price is hard to justify.

SEAT is on a roll. Leon sales jumped by 50 per cent in Britain last year thanks to the hot Cupra models and a practical ST estate joining the ranks, taking total sales to 53,500. The future looks secure too – SEAT is finally ready to jump onto the SUV bandwagon with a range of three SUVs coming over the next few years. Before those SUVs arrive though, the new Leon X-Perience has arrived in the UK.

The suspension has been raised by 15mm over the standard car, while black sills, wheelarch extensions and lower bumpers give it a more rugged look. There are front and rear pseudo skid plates, while you get a choice of 17 or 18-inch alloy wheels depending on which model you go for. The SE Technology version tested here comes with the latter, and the chunky, five-spoke design looks smart. It also debuts SEAT’s new four-wheel drive system called ‘4Drive’. 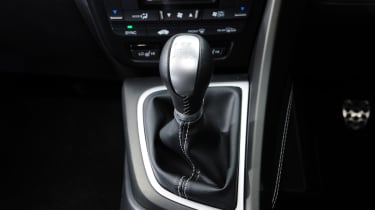 From the outside it bears a striking resemblance to a Skoda Octavia Scout but with much sharper creases. And underneath they’re pretty much identical, using the same VW Group MQB platform, gearboxes and engines so there’s the choice of two 2.0-litre diesels, with either 148bhp or 181bhp, and a choice of six-speed manual or six-speed DSG auto.

The X-Perience also shares the Scout’s clever fifth-generation Haldex clutch system. For the majority of the time, the car runs in two-wheel drive mode just like the normal Leon ST estate, but if the car is packed with heavy luggage or if it detects a slippery surface, the 4Drive system will push 50 per cent of the power to the rear axle. The traction control system then works out which wheel needs the power to boost grip. On a short off-road course during our test, the 4Drive worked seamlessly and allowed the X-Perience to carry on where most two-wheel drive cars would struggle. 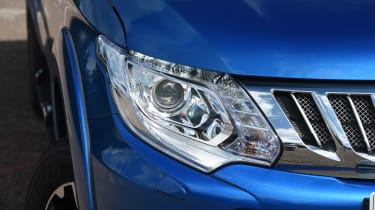 We got behind the wheel of the predicted bestseller – the mid-range SE Technology powered by the 148bhp 2.0-litre TDI with the six-speed manual ’box. Like many other VW Group cars powered by the same engine, the four-cylinder diesel is flexible and punchy but suffers from being rather noisy. Despite this, it’ll return 57.6mpg on the combined cycle and emit 129g/km –giving the car a respectable BIK rating of 23 per cent from this year onwards. 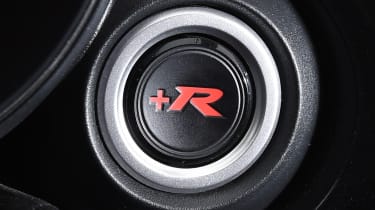 For most of the time the X-Perience feels just like the Leon ST to drive – albeit with a higher driving position. Scream around a corner and the extra ride height means extra body roll compared to the standard ST estate, the XDS electronic diff combines with the four-wheel drive system to deliver sharp cornering and plenty of grip.

While the X-Perience is 4WD, don’t expect it to perform many off-road heroics. It’s not a permanent system, and there are no specific modes to choose from – there isn’t even hill descent control. The raised ride height is only useful for light field work, and if you venture any further, you’re likely to be stopped by the shallow approach and departure angles of the bodywork.

Roof rails come as standard and the boot space is a roomy 587 litres – this can be enlarged to 687 litres when the boot-floor is lowered and 1,470 when the rear seats are folded. Elsewhere in the cabin, the Leon features standard part-leather upholstery, with the SE Tech model here getting Alcantara where standard SE gets cloth on the seat inserts and doors.

Back seat space is similar to the Skoda Octavia's, and both cars feature rear air vents. Up front, there’s plenty of wheel and seat adjustment to get comfortable, while storage is pretty good, too. There’s a deep bin behind the gearlever, a big glovebox where the USB socket resides, a large armrest cubby and deep door bins.

With prices kicking off at £24,385 the X-Perience is a pricey addition to the Leon range, but it actually undercuts the Skoda Octavia Scout by over £1,000. But you really have to value the added right height and four-wheel drive as a similarly-specced Leon ST costs around £3,000 less.