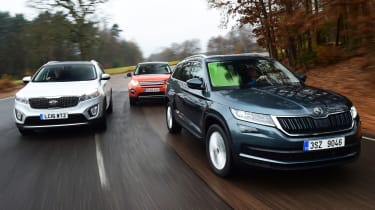 While Skoda has had a crossover in its line-up for a few years in the form of the Yeti, it hasn’t branched out into the full-on SUV market – until now.

The Kodiaq marks the brand’s first proper 4x4 and the start of its SUV campaign, and the large seven-seater is going in at the deep end to rival the likes of Kia’s practical and premium Sorento. There are many familiar touches; the Kodiaq uses Skoda’s existing platform and powertrain tech to deliver an upmarket, versatile family SUV, and that puts it in the firing line of some strong opposition.

Kia did exactly the same with the Sorento a few years ago, leading the Korean brand’s premium charge, but for a similar price to the Skoda there’s an arguably more appealing alternative. Land Rover is the established premium SUV brand and its seven-seat Discovery Sport is arguably a cut above the Skoda, while remaining affordable.

The Kodiaq faces a real fight against the smart Sorento and modern Disco – so can it deliver an early Christmas gift for Skoda? 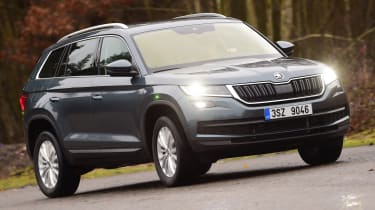 The Kodiaq is Skoda’s first large SUV, and comes as a five or seven-seater; we test the seven-seat model here. Despite breaking new ground for the brand, the car boasts all the qualities we expect from Skoda on paper, so it’s spacious, well equipped and good value. Our pictures show an early left-hand-drive SE L, but we test the 2.0 TDI 190 4x4 model in £34,895 top-spec Edition trim with the DSG auto box.

Tester's Notes: “Edition and SE L trim come only as seven-seaters, while the mid-spec SE is sold as a five-seater with seven seats a £1,000 option. The entry-level S is a five-seater only.” 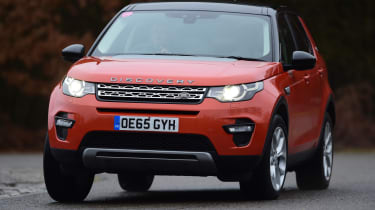 With its blend of upmarket appeal, practicality, composed driving dynamics and unrivalled off-road ability, the Land Rover Discovery Sport is hugely appealing. A mild refresh has helped keep the British off-roader competitive, while the Ingenium diesel promises low running costs and decent performance. However, the premium image doesn’t come cheap, with our SE Tech test model costing £36,350 – although the car in our pictures is an HSE. 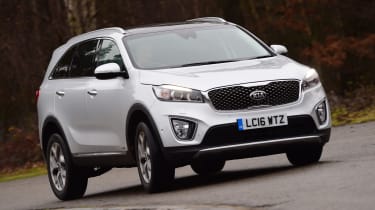 Although our pictures show a top-spec KX-4, the £37,550 Kia Sorento KX-3 automatic tested here has its work cut out against cheaper rivals that come just as well equipped. However, we know from past tests that the Sorento is an excellent contender in the seven-seat SUV sector, offering plenty of space and practicality, and a strong engine.

Tester's Notes: “All three test models make good tow cars. However, if you need more than the 2,000kg capacity this auto Kia can pull, go for the manual version; this increases it to 2,500kg.” 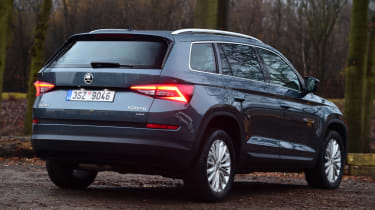 The Kodiaq is yet another success for Skoda, offering the brand’s traditionally strong value for money. It’s well equipped and offers more comfort and practicality than its rivals. It’s also cheaper to buy and will be cost-effective to run. While it isn’t a five-star car in this particular spec (the more efficient 2.0 TDI 150 2WD will be a better bet), it’s still risen to the top as our new class champion. 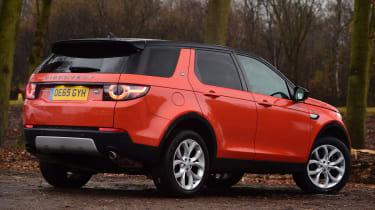 It can’t quite match the Kodiaq for kit at this price, but the Discovery Sport still offers a premium image with all the essential equipment. While its low CO2 emissions mean competitive running costs, it’s more expensive to buy outright and on finance. However, the temptation of that badge and unrivalled off-roadability at this price is strong. 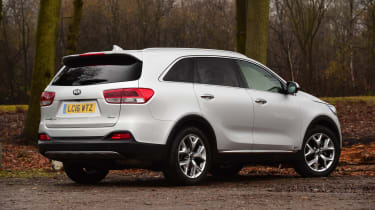 The Sorento looks outdated against the latest seven-seat SUVs like the Skoda and Land Rover. High CO2 emissions alone put it out of contention, but it also doesn’t help that it’s so costly to buy. It’s big and practical, although you don’t get as much kit and quality isn’t as impressive. A sub-standard infotainment system is the final straw and sees the Sorento take third place. 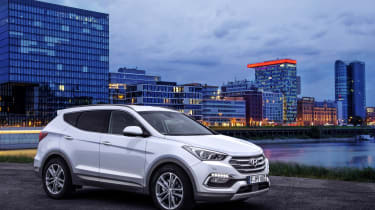 The updated Sante Fe uses the same 197bhp 2.2-litre diesel as the Sorento, so CO2 emissions are identical, at 174g/km. However, a fresher design means the sportier new Hyundai offers something a bit different to the Kia. 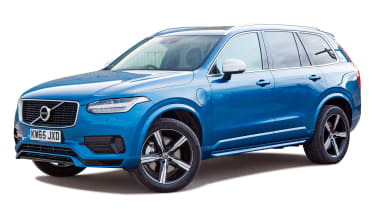 For a bit more than you’d spend on a Kodiaq, you could pick up a lightly used 2015 Volvo XC90 Momentum with around 25,000 miles. It offers all the Skoda’s space and efficiency with a lovely interior, and even more tech and performance.