Is the Suzuki Baleno practical enough to overcome the Honda Jazz and Nissan Note? 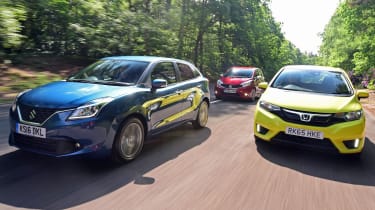 In the world of sporty superminis, Suzuki’s Swift has always been great to drive and affordable to run, but what if you need a small car to cover more bases than just fun and low running costs? In today’s market, these models require a wider spread of abilities, but with a boot smaller than some city cars, the Swift trails many of its rivals.

The newcomer will have to face up to the Honda Jazz, but even the mid-grade SE model is more expensive than the top-spec Baleno. The Honda has plenty of clever practicality solutions on its side, though, while the Nissan Note is more reasonably priced, boasts a big boot and a versatile cabin. Which plus-size supermini offers the most appealing solution? 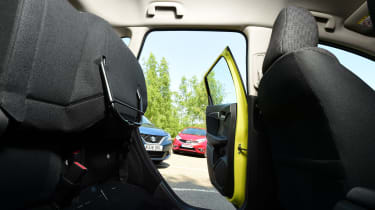 The absence of the Nissan’s trademark sliding rear bench on our test car means the Honda has the edge when it comes to versatility thanks to its Magic Seats. However, you won’t use them that often, so the Suzuki almost matches it for practicality, while the Note also offers marginally more passenger space inside. 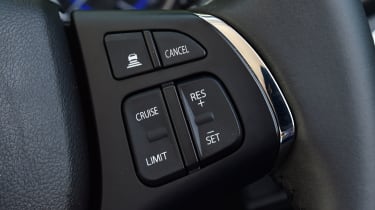 These cars offer practical motoring on a shoestring, but do you have to compromise on kit? Well,the Baleno fights strongest, with a level of kit that would rival some junior exec saloons; it even has adaptive cruise control. The sparse Note doesn’t deliver, while extras on the Jazz are expensive.

Both the Baleno and Jazz have moved material quality on and leave the Note trailing in their wake. Softer plastics and sharper designs in the Suzuki and Honda mean the Nissan can’t match up; it has a clunkier user interface and a cheaper feel. 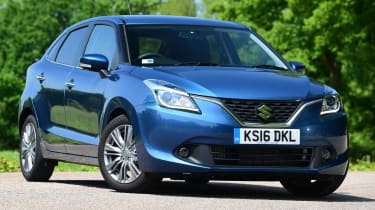 At this level, cost is a big factor, but just because the Baleno is impressively affordable to buy and run, it doesn’t mean you have to compromise. It’s the cheapest car here but has the most kit, while the practicality on offer makes it usable every day. If you can look past the styling, the Suzuki is an honest, cheap and flexible supermini that’s also surprisingly good to drive. 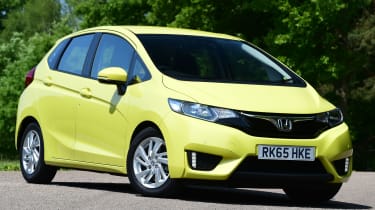 With a sweet manual rather than the droning CVT auto, the Jazz has been vastly improved. It combines usable space with a decent drive and is more distinctive than the Baleno or Note. But in a sector where the balance between price, practicality and equipment is key, the more expensive Honda doesn’t stack up next to the Suzuki. Plus, it’ll be pricier to run. 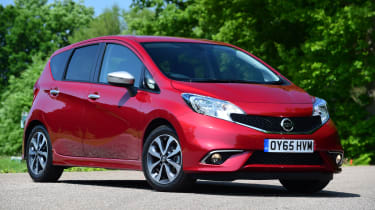 Next to fresher hatchbacks like the Baleno and Jazz, the Note is starting to show its age. In Acenta Style trim, the cabin feels sparse, while material quality can’t match its rivals’. With the least power and agility on test, the Nissan also comes up short on the road, where the imprecise gearchange and less comfortable ride further dent its appeal. 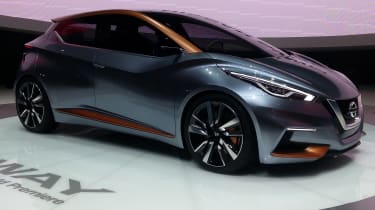 Later this year, we’ll see an all-new, larger and more practical Nissan Micra that could make the Note obsolete. Previewed by the Sway concept, the Micra will be sportier, more efficient and more upmarket.