Production of Tesla’s forthcoming HGV has been delayed until 2020, due to Tesla’s limited battery supply 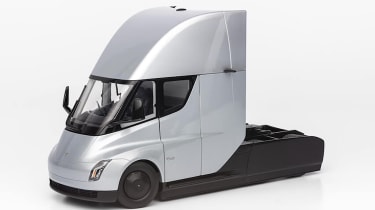 Tesla’s CEO, Elon Musk, has confirmed that production of the brand’s Semi truck has been pushed back to 2020, following the firm’s inability to scale up its battery supply network. The all-electric HGV was supposed to reach the global market by the end of 2019, with a starting price of $150,000 (£113,000) and a range of 300 miles on a single charge.

Musk made the announcement during Tesla’s most recent shareholder meeting, with the comment: “There’s not much point in adding product complexity if we don’t have enough batteries; then that’s complexity but without gain. We’re matching the product roll out according to the scaling of battery production; that’s really the main limiting factor.”

He continued, saying Tesla would do everything it can to increase battery production as quickly as possible. To do so, the firm will probably increase its operations further down its supply chain, with Musk suggesting expanding into the mining business to provide the necessary raw materials for battery cell production. 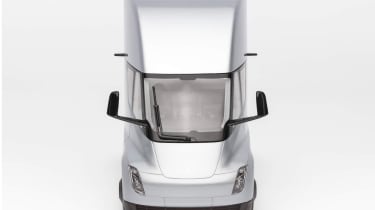 We’ve already seen test mules for the Tesla Semi truck on the road, with our most recent sighting showing a matte black prototype being driven briskly past a UPS depot in the US. Tesla claims its all-electric HGV will tow as much as a conventional diesel-powered truck, but offer similar performance to the latest electric sports cars.

Back in November 2017, Musk said Tesla’s HGV will have a 0–60mph time of five seconds, even with a trailer attached. When towing a gross weight of 36,000kg (36 tonnes), that figure rises to 20 seconds. Travelling up a five percent gradient, (where a diesel HGV can only manage 45mph), the Tesla Semi claims to be capable of 65mph. 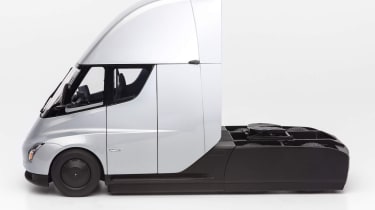 Tesla’s Semi boasts a maximum range of 500 miles, with its maximum towing weight attached and a constant speed of 60mph. It also gets an impressive drag coefficient of just 0.36cd, making it more aerodynamically efficient than a Bugatti Chiron hypercar (0.38cd) and a conventional diesel lorry (0.65-0.70cd).

This is thanks to its “bullet-shaped” nose, a completely flat floor and a pair of automatically adjustable side flaps which can match the profile of the trailer being towed, smoothing over the gap between the cabin and the trailer hitch point.

Tesla claims the Semi can charge from empty to 400 miles in 30 minutes which, handily, is the legally required break time for truckers in the US. These charge times are thanks to Tesla’s new “megachargers,” which are supplied by solar energy rather than the national electric grid, resulting in guaranteed electric charge rates that don’t fluctuate.

Four independent electric motors power each of the Semi’s rear wheels, and each corner gets fully independent suspension, which Tesla claims will offer a smoother ride than diesel HGVs. Unlike traditional lorries, the driving position is in the centre of the cabin, with two screens on either side of the steering wheel for further safety monitoring. Like most EVs, the Tesla Semi has no gears, while the bonnet at the front hides some extra storage space.

In terms of safety, the Semi features automatic emergency braking, collision warning and lane keeping assistance. Thanks to the chassis-mounted battery packs and central driving position, the truck also has a low centre of gravity, which Tesla claims will make jack-knifing “impossible.”

Musk claims the drivetrain has a life cycle of one million miles and, if two of the four motors fail, the HGV can operate on the remaining two and still outperform conventional diesel trucks. The windows are also made of thicker glass than most trucks and can reportedly survive "nuclear explosions.” 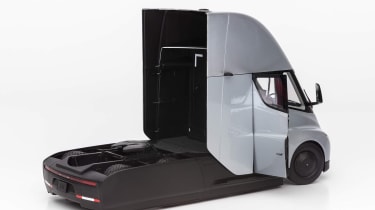 Like most all-electric vehicles, the Tesla Semi is fitted with a regenerative braking system, which recovers kinetic energy during deceleration and stores it in the batteries for later use. This, Tesla claims, means the brakes will never need to be replaced, reducing the lifetime running costs for companies and their drivers.

Tesla says you'll be able to run its all-electric HGV for around $1.21 (£0.91) per mile; a stark cost-saving over a diesel lorry, which costs around $1.51 (£1.14) per mile. In a convoy scenario, the Tesla's aerodynamic efficiency lowers those costs to around $0.80 (£0.60) – making it twice as economical as standard trucks and more efficient than freight trains.

Production is now expected to begin in 2020, with orders currently being taken at the £113,000 entry-level price point. A smaller "pick-up" version of the Tesla Semi has also been unveiled, which Musk insists customers should be able to drive with a regular driving licence.

What do you make of the Tesla Semi Truck? Let us know in the comments section below…