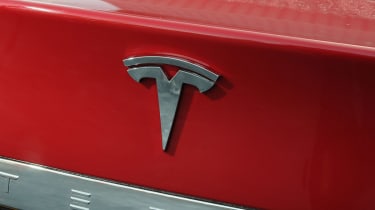 The update continues to patch in new autonomous driving features and abilities, following the introduction of Autopilot 2.0 hardware last October. With firmware 8.1, Autopilot now works at speeds up to 80mph, while Tesla has also updated Auto Lane Change and has re-introduced the Summon feature – previously only available on cars with first generation Autopilot equipment.

However, buried deep within the update, Tesla has added an Easter egg that will allow owners to let loose their creative side.

Predictably, some Tesla owners have been sharing their masterpieces on Twitter, and artworks made on the sketchpad can be submitted to Tesla for critique.

• Tesla Autopilot: everything you need to know

While it sounds like an early April fools’ joke, the sketchpad isn’t out of the ordinary for Tesla, and Easter eggs are regularly bundled in with firmware updates. Previous hidden features have included references to the Bond film The Spy Who Loved Me, as well as the classic racing game Mario Kart.

Is the Tesla sketchpad harmless fun? Let us know your thoughts in the comments. 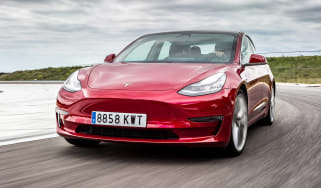