Can the revised Vauxhall Astra go straight to the top of the hatchback class? We find out.... 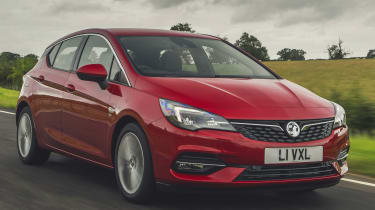 Visually it’s not a lot different from the current car, but the revised Astra is a much improved machine beneath the skin, with a range of fine new engines and gearboxes that should make it appeal to families and fleet managers alike. A quietly impressive car overall.

Not long ago a revised new Vauxhall Astra would have represented a reasonably seismic event in the world of cars. But nowadays, with centre stage being dominated by EVs and SUVs – and increasingly EVs that are also SUVs – an updated version of a conventionally powered, and just plain conventional family hatchback isn’t quite the event it once was.

Especially since the Astra is no longer a top-10 best-selling car in the UK, having been outperformed not just by its arch nemesis the Ford Focus in 2018 (still the fifth biggest-selling car) but also the Mini (seventh), the Mercedes A-Class (eighth) and even the Kia Sportage (10th).

Even so, you ignore this revised new version of the dear old Astra at your peril. For if nothing else, the Astra has always offered a strong combination of value, practicality, sometimes surprisingly high design qualities and often a well-rounded range of dynamic capabilities. And for the fleet market especially, it has long been a stalwart of its kind. 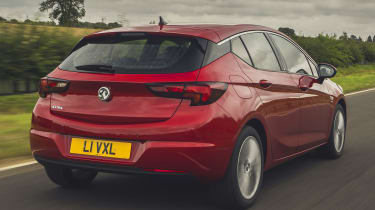 Not much has changed this time round, with this new model offering little differences to the existing car visually; there’s a new grille at the front and the ride height is 10mm lower but otherwise that’s about it. However, beneath its anonymous but still-handsome skin, the venerable Astra has undergone a range of mechanical upgrades that will, reckons Vauxhall, make it “an absolute winner for the fleet market” while also enhancing its appeal amongst private, more family-orientated drivers.

The big news is that every single model has a new engine and gearbox, all of which have been designed to make the Astra more efficient, more economical and better than ever to drive. All the new engines are three-cylinder units, starting with a 1.2 turbo petrol with 108bhp and rising to a 1.4 turbo petrol with 143bhp. Then there are two 1.5 turbodiesels - one with 103bhp and 260Nm, another with 120bhp and a fulsome 300Nm.

All these new engines come with a variety of new gearbox options, with the standard choice being a six-speed manual. Optional transmissions then come in the form of a nine-speed auto or a clever new CVT “stepless” auto.

Vauxhall has also worked hard to improve the cabin of the Astra, with a new eight-inch touchscreen and soft-touch plastics that are claimed to provide a premium-car feel. All versions come with much-improved connectivity, a range of new advanced driver assistance systems and a new MultiMedia Nav Pro infotainment system that’s standard on the top-spec models but optional across the range.

As with the engines, Vauxhall has simplified the trim levels, too, the range starting with SE, rising through SRi and SRi Nav, then SRi VX, Elite Nav and Ultimate Nav at the top. Prices start at £18,895 for the SRi and top out at £26,755 for the Ultimate Nav. Most models cost only a few hundred pounds more than the outgoing car, which seems good value given how much extra kit and tech there is on offer.

For the chassis, Vauxhall has mostly employed the age old adage of ‘If it ain’t broke, don’t fix it’. But the dampers are new, the spring rates have been tweaked for extra comfort and control across the range, and the steering calibration has been altered to offer more alert responses, although no mechanical changes have occurred. 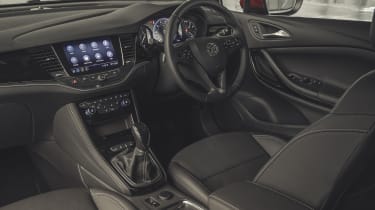 We drove various models, from the 1.4 CVT petrol to the 1.5 Turbo D with the excellent new nine-speed gearbox, but focused mostly on the six-speed Turbo D, which is likely to be one of the biggest sellers. In Ultimate trim this costs £24,850 but comes with an impressive amount of tech and equipment as standard, including Apple CarPlay and the fine new touchscreen infotainment system.

On the move the things that impress immediately about the revised Astra are its smoothness of ride, the impressive combination of torque and relaxed acceleration from the new 1.5 TD engine, the slick but still a touch rubbery gearshift and the overall refinement of the car. You don’t expect cutting-edge chassis dynamics from a Turbo D Astra, but neither do you expect such maturity from the steering and suspension, so overall the driving experience is surprisingly positive.

The new engine is all through by 4,500rpm but from 1,800rpm upwards it delivers a sizeable chunk of torque (0-62mph takes 9.6sec) while the suspension has an unusually fluid feel to it. The steering is sweet, too, while the brakes and wind refinement are hard to fault. This is not a car you will ever revel in driving especially, but it’s quietly impressive all the same, with a calm demeanour that is lacking in some of its more frantic, more stiffly sprung rivals. 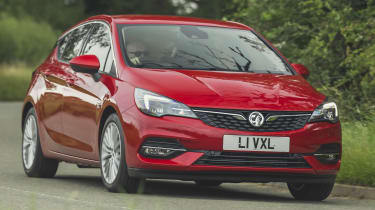 And when you look at Vauxhall’s claims about the new Astra being some £1,000 lighter on the average fleet manager’s pocket over 80,000 miles and four years compared with the previous car – and £1,800 cheaper than the equivalent Focus, it says – the numbers are hard to argue with.

This is mainly because the CO2 output of the 1.5 Turbo D has dropped to just 95g/km, while the combined fuel economy figure has risen to 62.8mpg. Thank not just the new engines and gearboxes for this but also the car’s impressive 0.26CD figure - the same as a Calibra if you remember that (it was once the world’s most aerodynamic production car).

In its own quiet way, then, the revised Astra is a very good car overall. If nothing else, it will be a very hard car to resist for the average fleet manager.