The Astra name has only been around since 1979 but its lineage goes back to 1936 with the original Kadett. So it's 80 this year, apparently. 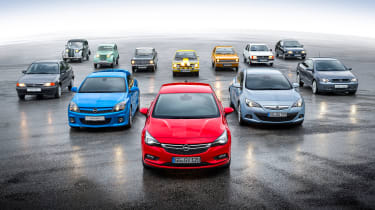 One of Britain’s favourite cars, the Vauxhall Astra, celebrates its 37th birthday this year. But the Astra name has been inextricably linked with another car, the Opel Kadett, for many years now, and so the manufacturer is using this as an excuse to celebrate the '80th birthday' for the model line.

The Opel Kadett was launched in 1936, and its low price made it a real rival for the Volkswagen Beetle. The Kadett was significantly more modern than the Beetle, though – it offered monocoque construction and a water-cooled engine, quite a step up from the Beetle’s air-cooled flat-four. It took design cues from the larger Opel Olympia, and its integrated headlights and fastback design really made it stand out in interwar Germany. 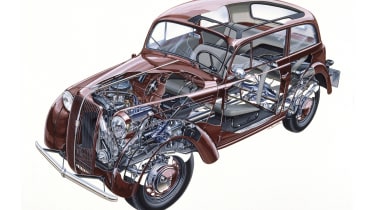 After a four-year production run, the Kadett disappeared – and with WWII in full swing, car production wasn’t high on the German agenda. It took until 1962 before the Kadett reappeared – this time as a two-door saloon or optional estate. The Kadett went through two more generations before 1979, when the Opel Kadett D was launched - the first Kadett to be sold as a Vauxhall Astra in the UK.

The partnership between Opel and Vauxhall had created a compact car, available as a three or five-door hatch, two or four-door saloon, or a five-door estate.

The Kadett/Astra broke new grounds for the companies, debuting their first front-wheel drive powertrain and a new range of engines that would go on to power the Nova and Cavalier. 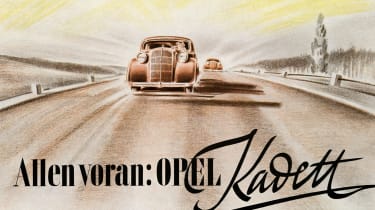 In 1991, the Kadett name vanished, and Opel took on the Astra name for its European market cars. As far as Opel and Vauxhall are concerned, though, the Kadett lineage is alive and well in the modern-day Astra. Over 24 million models have been sold over the Kadett and Astra’s lifetimes, making them some of the most familiar cars on the roads, especially in the UK, where the Astra regularly hits the best-sellers charts.

And with 11 generations of these cars on the road, it's arguably as big a motoring icon as almost anything else.

Have you ever owned an Astra or a Kadett? Let us know in the comments below...