Vauxhall has confirmed the all-new Corsa will start from £15,550, with first deliveries starting in January 2020 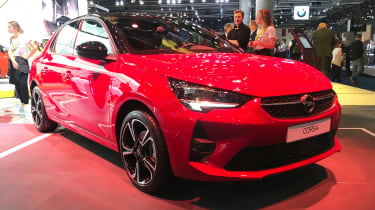 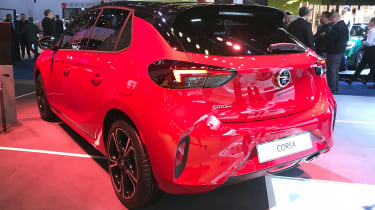 Buyers have the choice of two petrol and one diesel engine. The range opens with a turbocharged 74bhp 1.2-litre three-cylinder petrol mated to a five-speed gearbox and offers CO2 emissions of 93g/km. Above that sits a more powerful version of the same 1.2-litre engine, producing 99bhp and 205Nm of torque. It’s the same PSA PureTech unit found in Peugeot and Citroen models, and can be specced with either a six-speed manual or an eight-speed automatic gearbox. 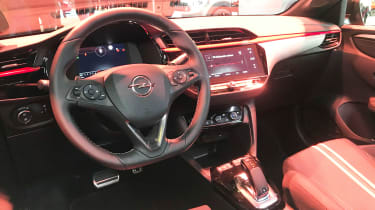 The diesel option is PSA’s turbocharged 1.5-litre four-cylinder with 101bhp and 250Nm of torque and, thanks to its exhaust after-treatment system (which includes an AdBlue injector, a unique catalytic converter and a Diesel Particulate Filter), it produces 85g/km of CO2. The engine can only be had with a six-speed manual gearbox.

A fully electric Corsa-e arrives in April priced from £26,490, inclusive of the government plug-in car grant. It’s powered by a 134bhp electric motor and has a claimed range of 211 miles.

The all-new Vauxhall Corsa line-up, which will be headlined by the pure-electric Corsa-e, has been bolstered with the arrival of new petrol and diesel editions.

Vauxhall has confirmed that two petrol engines and one diesel unit will be joining the Corsa-e. The range kicks off with an entry-level 1.2-litre four-cylinder engine that develops 75bhp and comes with a five-speed manual gearbox as standard.

Sitting above it is a three-cylinder 1.2-litre turbo that develops 99bhp and 250Nm of torque. This is the same PSA PureTech unit that’s found in Peugeot and Citroen models, and Vauxhall says it will be available with six-speed manual or eight-speed automatic gearbox options.

The diesel is PSA’s BlueHDi 1.5-litre four-cylinder with 99bhp and 250Nm of torque. However, it’s expected to make up only a small percentage of Corsa sales. 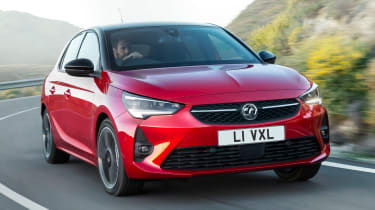 Visually, the standard Corsa is virtually identical to the electric version, with the exception of different alloy wheel designs. Inside, all Corsas share identical cabins, which centre around an all-new touchscreen infotainment system on the dash. Two set-ups are available to buyers: a seven-inch Multimedia Navi system or top-spec 10-inch Multimedia Navi Pro.

Vauxhall claims its new supermini will strike a keen balance between sportiness and comfort, thanks to its fresh lightweight underpinnings, redesigned bodyshell and new aluminium engines. The brand claims a 10 per cent reduction in weight across the range, with the lightest variant squeezing under the one-tonne mark, with a kerb weight of just 980kg.

The new Vauxhall Corsa’s body will be constructed from a range of high-strength steels, stitched together in the most weight-conscious manner, saving a total of 40kg over the outgoing model. A new aluminium bonnet will also replace the previous Corsa’s steel unit, saving a further 2.4kg.

Under the bonnet, Vauxhall’s latest range of aluminium three-cylinder petrol and diesel engines will save around 15kg over the old Corsa’s four-cylinder units. Inside, 10kg has been shaved off the seats, losing 5.5kg at the front and 4.5kg at the rear. In total, the firm claims a total weight saving of 108kg. 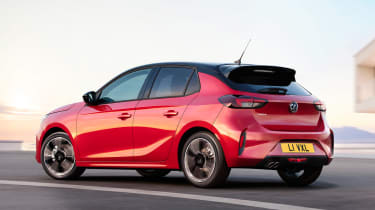 Despite the weight loss, the upcoming Corsa is slightly larger than its predecessor, with its bigger body and longer wheelbase unlocking more interior and boot space. It looks like the newcomer will be sold strictly as a five-door model.

Due to Vauxhall’s recent acquisition by the PSA Group, the new Corsa will be built on Peugeot-Citroen’s latest Common Modular Platform (CMP). The underpinnings are shared with the new Peugeot 208.

Vauxhall claims these revisions will improve both the Corsa’s performance and efficiency, with the firm promising better acceleration and reduced fuel consumption and CO2 emissions.

First deliveries of the all-new Corsa will begin next April, while buyers of the pure-electric model will have to wait a couple of months longer.

Do you like the look of the new Vauxhall Corsa? Let us know in the comments section below…