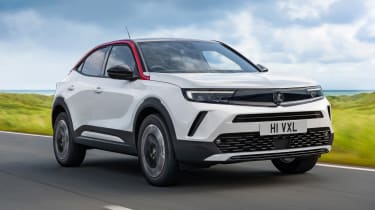 Vauxhall has released further details on the Mokka’s powertrain line-up, confirming specs for SUV’s range of petrol and diesel engines. The combustion engines will sit alongside a pure- electric powertrain in the Mokka’s range, allowing Vauxhall to compete with the likes of the Kia Niro, Hyundai Kona and MINI hatchback.

The Vauxhall Mokka’s petrol range is based on PSA’s familiar turbocharged 1.2-litre three- cylinder unit. Two outputs are available – the entry-level model produces 99bhp and 205Nm of torque, while the range-topping variant offers 128bhp and 230Nm of torque.

The 99bhp petrol engine gives the Mokka a 0–62mph time of around 11 seconds and a top speed of 113mph. Fuel economy figures are also predictably efficient, with a claimed WLTP range of between 49.6mpg and 51.4mpg. Emissions figures follow suit at between 124 and 128g/km of CO2, which should put the Mokka in the seventh cheapest road-tax bracket.

The more potent 128bhp petrol unit lowers the Mokka’s 0–62mph time to 9.2 seconds and increases its top speed to 125mph, while economy and emissions figures are also marginally improved. The former stands at between 50.4mpg and 51.4mpg, while the latter ranges between 123 and 126g/km of CO2.

Vauxhall also offers the Mokka with a turbocharged 1.5-litre four-cylinder diesel engine, also plucked from the PSA parts bin. The unit is only available with a six-speed manual gearbox – and Vauxhall says it’ll return up to 65.7mpg on the WLTP combined cycle, while emitting as little as 114g/km of CO2. 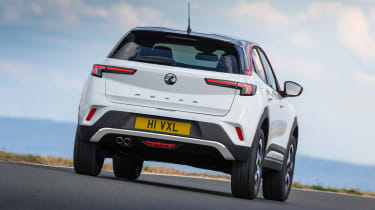 The switch to PSA’s multi-energy CMP underpinnings means that there won’t be a plug-in hybrid version of this Mokka, however, because the platform simply isn’t engineered for that technology. But the combustion-engined variants ought to bring notable efficiency gains over the outgoing model, because this new car is up to 120kg lighter.

Above the combustion-engined models sits the pure-electric Mokka-e. It’s powered by the same electric drivetrain found in the Vauxhall Corsa-e and Peugeot e-208, which comprises a 50kWh battery pack and a front-mounted electric motor with an output of 134bhp and 260Nm of torque.

Performance figures are yet to be confirmed, but Vauxhall says the Mokka-e will cover 201 miles on a single charge. The powertrain will also offer support for pretty much all domestic charging standards, as well as commercially available DC rapid charging systems.

The new Vauxhall Mokka will be available with a broad range of technology, including adaptive LED matrix headlamps and a 180-degree rear-view camera. There’ll be plenty of driver assistance technology systems, too, such as adaptive cruise control, automatic emergency braking, traffic sign recognition and active lane positioning assist.

Inside, the Mokka promises a further step up in design and quality over Vauxhall’s outgoing range. Current Mokka owners should see a jump in the quality of materials on offer – full leather upholstery will be available, along with Alcantara trim and a heated driver’s seat with a massage function.

There are also no conventional instruments in the Mokka’s cabin; instead there’s a digital display of up to 12 inches across, which operates in combination with an extra infotainment screen (measuring either seven or 10 inches, depending on the trim level) in the centre that is angled more towards the driver. 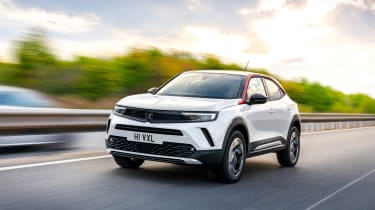 Vauxhall will also offer a sports-inspired SRi model, which comes with 18-inch alloy wheels, black and red exterior trim, a two-tone paint scheme and a gloss black radiator grille. Inside, buyers get unique seat upholstery and red trim for the instrument binnacle.

The new Mokka’s boot capacity is described as “up to 350 litres,” which is just six litres shy of the space offered in the old Mokka X. But this could be an indication that electric versions have a little less flexibility in the position of the boot floor, as is the case in its sister car, the Peugeot e-2008.

Revealed here in full after months of teaser images, the second-generation Mokka gets a radical new look compared with its predecessor. The new model is 125mm shorter than its predecessor, but it has smaller front and rear overhangs, and the wheelbase has actually been extended very slightly – by two millimetres. 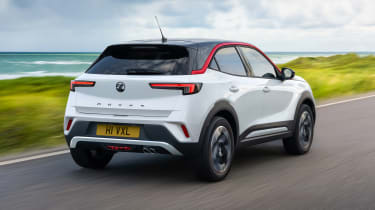 Its roofline is similar to the concept’s too, and although the production car doesn’t feature the GT X’s rear-hinged back doors, Vauxhall’s designers have used a single chrome detailing line to give the impression of a more rakish look.

Vauxhall believes the pure-electric Mokka-e will cater for most charging needs. It has support for up to three-phase 11kW charging in AC mode for charging at home, while 100kW DC capability should be standard, allowing the car to be topped up quickly at public charge points to more than half of its 201-mile capacity in less than half an hour.

Support for the even faster standards being rolled out at networks such as Ionity is unlikely at this price point – but then, with a relatively modest battery size of 50kWh, it’s debatable whether the Mokka-e needs it anyway. 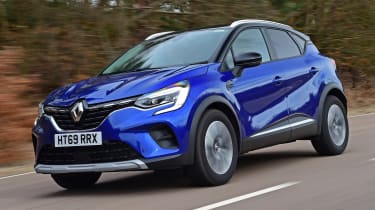 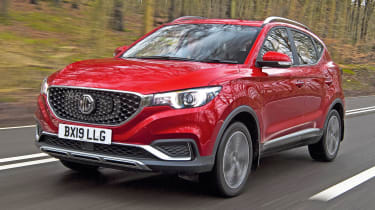 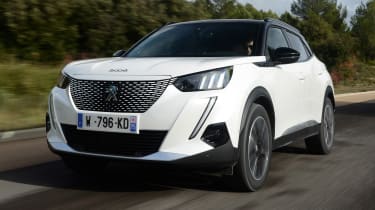 Looking for a new family car? Check out the best family cars you can buy here... 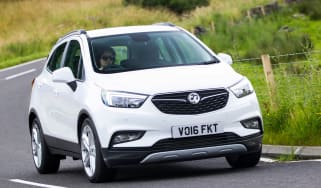