Volkswagen announces plug-in hybrid Passat is available to order now, over a year after it was meant to go on sale 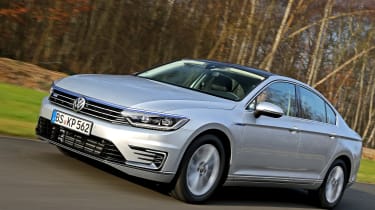 Volkswagen's Passat GTE has finally arrived in the UK, but it's been an awfully long wait. The plug-in hybrid version goes on sale a full year after it was expected to, and is priced from £34,025 including the government's plug-in car grant.

VW first revealed the GTE way back in 2014, and we drove it in Germany a full year ago. It's said to return 166mpg on the combined cycle, with CO2 emissions of less than 39g/km. It's available to order in both saloon an estate form, with a top-spec Advance version of the latter topping out at £39,230.

As well as sharing a badge with the Golf GTE, the Passat shares a powertrain, too. It’s a 1.4-litre four-cylinder turbo producing 154bhp paired up to an electric motor and six-speed automatic gearbox. Here producing a total of 215bhp, the Passat has got 14bhp more than the Golf. That allows for 0-62mph in 7.6 seconds and a top speed of 140mph. 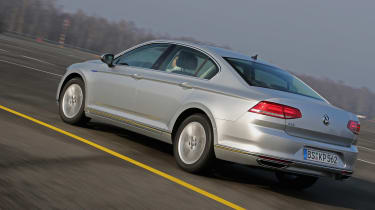 The system also allows drivers to travel around 31 miles on electric power, with a full charge taking about four hours. A quick charger is available, which can be installed at customers’ houses, and cuts the charging time to just over two hours.

As with the Golf GTE, the hybrid Passat marks itself out from others in the range by a set of horseshoe LED lights mounted either side of the bumper, a GTE badge in the grille and some blue detailing which runs in to the headlights.

There are some updates to the interior, too, with some blue contrast stitching, special instruments and software changes to the infotainment, allowing drivers to keep an eye on which power source is providing the motion.

No explanation is made for why the Passat GTE has been delayed, but it's likely VW has been distracted by other events of late. Registrations will commence this month, however, so you won't have to wait much longer.

Welcome to our Paris Motor Show hub page. Scroll down for all our Paris content...
Volkswagen Passat review 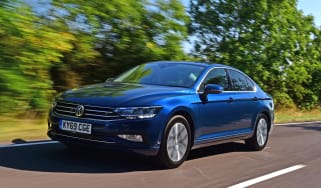 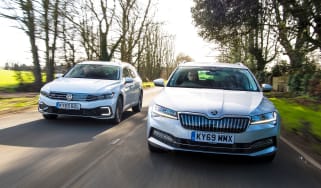