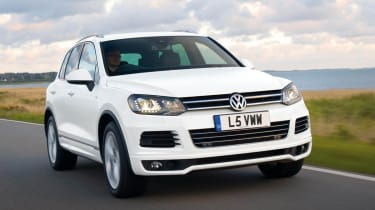 Volkswagen has launched a new sporty-looking R-Line version of the Touareg, as well as cutting the price of the CC.

Based on the Touareg Altitude, the R-Line gets 20-inch ‘Tarragona’ alloy wheels, more aggressive bumpers and side skirts, and LED lights at the front and rear. The interior has been upgraded, too, with a set of R-Line sill plates and a panoramic sunroof.

While standard equipment on all Touaregs includes leather upholstery, sat-nav, DAB and Bluetooth, the R-Line model also gets keyless-go and an electrically powered tailgate.

The Touareg R-Line is available with a 3.0-litre V6 diesel engine producing either 201bhp or 242bhp, and all come paired to an eight-speed automatic gearbox.

Along with the new R-Line Touareg, Volkswagen has also announced it will be cutting the price of the CC. Each version is now at least £470 cheaper, with the least expensive in the range now costing £24,050.

The best-selling model is the CC GT 2.0 TDI 140, which now costs £1,320 less than before thanks to the removal of ACC Adaptive Chassis Control. Buyers can specify it as an option for an extra £850. 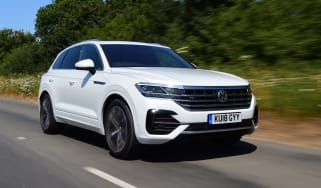 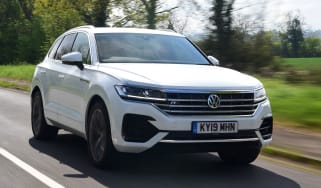 Final report: VW’s V6 diesel has been a highlight of our time with big SUV