Volvo and Uber to join forces to create driverless taxi

Volvo announces $300m investment with Uber to advance driverless tech, with the aim of an autonomous taxi service 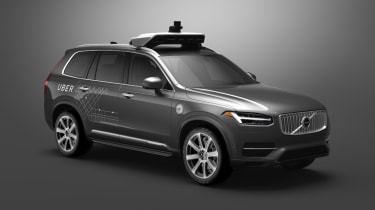 Volvo has announced it will embark on a joint venture with the world's largest ride-sharing company, Uber, with the aim of being the first to market with a fully autonomous taxi.

Both companies are set to invest $300 million as part of a mutual objective to beat rivals such as Google and Ford in the driverless car race. The same 'base vehicle' will be used - manufactured by Volvo - with both companies using it as a test-bed to work on driverless systems in parallel. 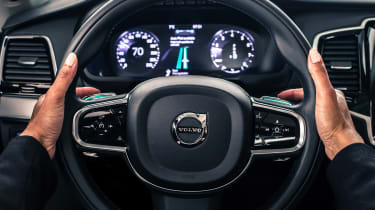 Volvo’s chief executive, Håkan Samuelsson, said: “Volvo is a world leader in the development of active safety and autonomous drive technology, and possess an unrivalled safety credibility. This alliance [with Uber] places Volvo at the heart of the current technological revolution in the automotive industry.”

The vehicle will most likely be based on the current XC90 SUV, which is included in the Swedish firm's plans for driverless car testing around London next year. Uber is currently testing its autonomous technology in the United States.

The chief executive of Uber, Travis Kalanick, said: “Over one million people die in car accidents every year. These are tragedies that self-driving technology can solve, but we can’t do this alone. That’s why our partnership with a great manufacturer like Volvo is so important.”

Would you take a ride in a driverless taxi? Leave us a comment below...