New Volvo S90 Excellence puts the driver in the back seat, and is part of the brand’s path to fully autonomous cars 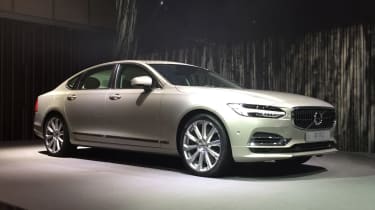 Speaking from the launch of Volvo’s China-focussed S90 Excellence, Ingenlath told Auto Express that this car “takes the focus away from the guy behind the steering wheel”. As more and more people find driving so time intensive, it seems they’d rather not bother at all.

In an exclusive interview at the reveal event, Ingenlath said: “You are effectively designing for the future.

“No one else has done this. Not Rolls-Royce, not Mercedes, not BMW,” he told us. “We looked at how people travel, and decided that if that [front passenger] seat is not worth a penny, then why not take it out?” 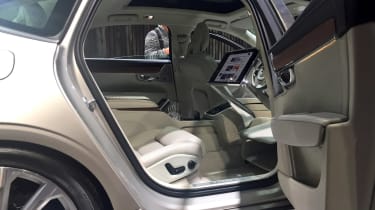 Later down the line, as Volvo pushes towards its plan for a fully autonomous car by 2021, there is no reason why it wouldn’t see fit to remove the driver’s seat, too.

He did insist that while the three-seat setup was standard on the not-yet-for-UK Excellence trim, buyers would be able to spec the conventional five-seat layout at no extra cost. The design is about convenience, making life easier for busy people who spend a lot of time on the road.

Bosses say this car in particular offers an ‘immersive luxury feel’ for Volvo customers across the globe. The S90 Excellence features an extra 120mm in the wheelbase, as well as a full panoramic roof, fold-out work tables and an adjustable footrest for rear seat passengers.

Both the S90 L and S90 Excellence will be built at the brand’s production facility in Daqing, China. Volvo has confirmed the cars will then be exported globally, suggesting such vehicles could find themselves on UK roads before too long. 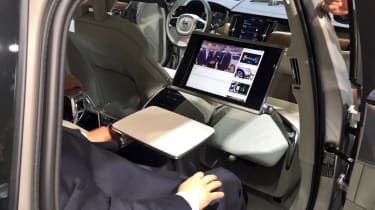 Volvo CEO Hakan Samuelsson said: “China will play an increasingly important part in our global manufacturing ambitions. Our factories here will deliver world-class products for export across the globe, contributing to our objective of building up to 800,000 cars a year by 2020.”

Also included is a set of heated and cooled cupholders, clever storage and a built-in entertainment system. There’s a rear-seat touchscreen control interface, as well as a fridge with handmade crystal glasses from Swedish glassmaker Orrefors.

Available in China with a range of T4 and T5 petrol engines the S90 Excellence sits at the top of the saloon car range. Bosses also confirmed the inclusion of Volvo’s 401bhp T8 Twin Engine Hybrid. It’ll offer buyers sub-50g/km CO2 emissions and 0-62mph in 5.3 seconds. This powertrain will arrive in the UK S90 next summer.

Prices haven’t been announced, but it’s safe to assume that despite being a rival for the Mercedes E-Class in standard trim, this particular model probably has more in common with the plusher Mercedes S-Class. As a result, a starting price of more than £60,000 (or equivalent Chinese Yuan) is highly likely. Production starts next year. 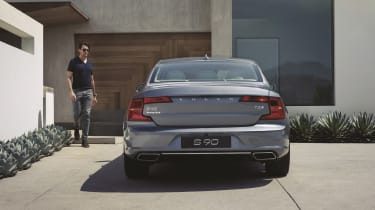 The new cars come with all the same safety kit as the standard S90, including Large Animal Detection, Pilot Assist and semi-autonomous driver assistance features that work at up to 80mph. Apple CarPlay and Android Auto are also included.

Both the long wheelbase S90 L and S90 Excellence will make their public debut at the Guangzhou Motor Show later this month.