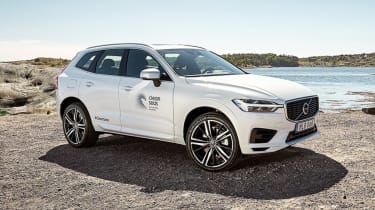 Volvo has announced it will use at least 25 per cent recycled plastics in its new cars from 2025. The Swedish brand’s focus on sustainability centres on a partnership with the United Nations Environment Clean Seas campaign, called ‘Turn the Tide on Plastic’.

To demonstrate the viability of this ambition, the company unveiled a specially built version of its XC60 T8 plug-in hybrid SUV that looks identical to the existing model, but has had several of its plastic components replaced with equivalents containing recycled materials.

The cabin of this particular XC60 has a centre console made from renewable fibres and plastics from discarded fishing nets and maritime ropes, while the carpets and seats contain fibres made from PET plastic bottles and a recycled cotton mix from clothing offcuts. Car seats from old Volvos were also used to create the sound-absorbing material under the bonnet.

Volvo has tasked industry suppliers to develop more sustainable next generation components with recycled plastics in order to realise its goal. This comes after Volvo’s previously announced plans of electrifying all new launches after 2019.

Want to learn more about the latest news and reviews from Volvo? Then visit our dedicated hub page for the Swedish car manufacturer here. 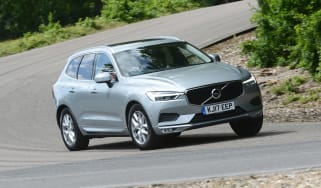