Which of eight sets of car roof bars can take the load this holiday season? 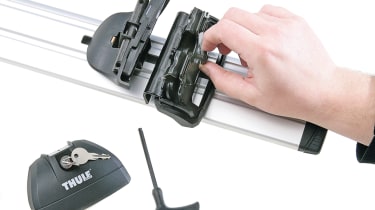 Whether you’re into kayaking, biking or simply run a smaller car safe in the knowledge a roof box will cope with the holiday luggage, a set of bars is essential.

They unlock the potential for carrying loads on the roof, but as you might not want to leave them on permanently, simple fitting and removal is key. We put eight top-selling rail mounted sets through their paces.
Advertisement - Article continues below

Each roof bar was road tested to check noise levels, and we also assessed the initial assembly involved out of the box, as well how simple they were to fit to the car.Where possible, we tried rail and door versions of each system, although prices, taken from various online sources, relate to open rail versions for a Volvo V70. Warranty, security and capacity were also factored in.

We preferred modular systems because they often allow for compatibility with a range of cars rather than a single model or type, but assembly has to be easy. 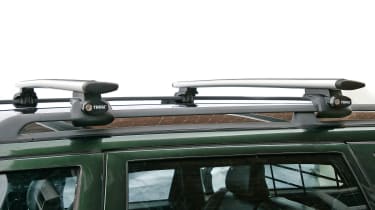 Wingbars’ enhanced aerodynamics allow quiet motoring, and didn’t affect mpg too greatly. And there’s the comprehensive back-up of Thule’s components range. Nearly every car is covered, and as it’s a modular system, when you trade in your model you’ll probably only have to change part of the roof bar assembly, rather than the whole lot, for your new car. This idea only works if the bars are simple to assemble in the first place, which is where Thule wins again: great design makes assembly and fitting foolproof, fast and tool free.

Buy the Thule Wingbar from Amazon 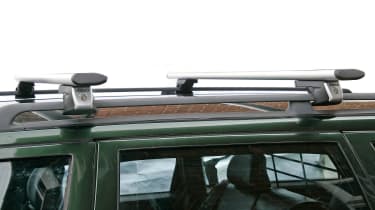 On paper, there’s not much between the Atera RT and our Best Buy, the Thule Wingbar. These are a bit lighter, despite supporting the same max load. But both benefit from fuel-saving enhanced aero. Most bars become noisy if their T-track’s rubber trim is removed, although it makes little difference here. So you needn’t painstakingly cut and position trim around mounting bolts for a quiet drive. Although cheaper than the Thule bars, the RTs are less modular and there’s only a three-year warranty. But they do come pre-assembled. 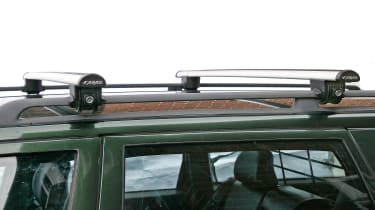 Italy’s Farad bars are the second cheapest set here, but don’t have a budget spec. The lack of proper locks is the most obvious cost cut; the jaws’ adjuster bolts are turned with a large spline key. And while they’re aero bars, they don’t sport the aerofoil shape that kills noise and drag so effectively. Bars and feet come separately, but assembly and fitting are easy. You can also lock the feet laterally on the bar, making subsequent fittings on the car so much quicker and simpler. 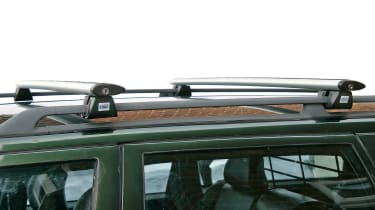 These look similar to Thule’s Wingbars, and are also quiet and refined on the road. In fact, they appear sleeker than most, as the feet are unusually compact. Cruz has achieved this by putting the grip mechanism in the bar rather than below it in the feet, so fitting adjustments are carried out by unlocking and removing the ends to access the bolts. This is easy, if not as slick as Thule’s and Atera’s systems. These pre-assembled bars also have a two-year guarantee. 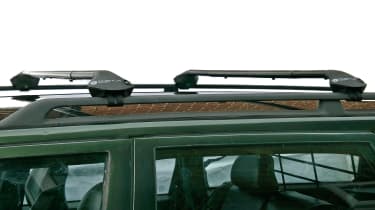 Most bars can be adjusted to fit cars with narrower roofs, by moving their feet inwards. But the bars should never extend beyond the vehicle’s footprint. Modula’s OvalBars solve this issue as they are telescopic, giving 41cm of adjustment between the widest and narrowest settings. And they don’t sag, even when opened out fully. There’s full TUV approval and a three-year warranty, but we’re less keen on the fiddly tension strap used instead of conventional jaws.

Check out the OvalBar System at Modula here 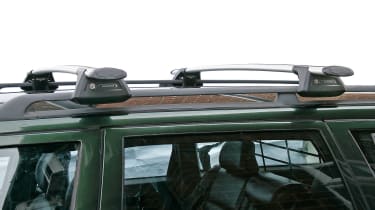 Quiet, low-drag roof bars were effectively invented by Whispbar, and these premium bars are beautifully built, have a five-year warranty and a stunning slender, squat and slightly longitudinally curved shape. As with the Thule bars, the modular design means changing your car shouldn’t force you to buy a full new kit. Plus, the feet lock in place laterally, for easy fitting. But initial assembly can be fiddly, and you expect a higher maximum load at this price.

Check out the Whispbar here 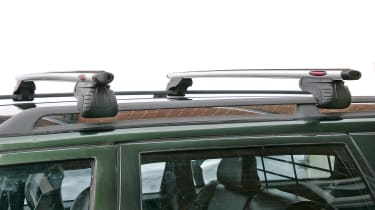 High-spec aero bars, but you don’t get much more than with the £45 cheaper Farads. Sure, there’s a five-year warranty rather than three, and the Mont Blanc bars have proper locks. Tightening the jaws is also slicker, as the removable ends double up as the driver tool – one less item for the glovebox. But unlike these, the Farads’ feet can be locked in position laterally. And as there’s less lateral adjustment in the Activa’s feet, you have less scope to use them on other cars. 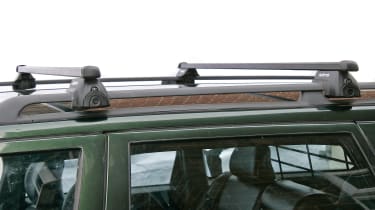 The howl on our test reminded us these are traditional square steel bars. They come assembled, and the flip-out levers – which have to be unlocked before use – make fitting easy. But like so many bars here, the single adjuster controls the jaws and where the feet lock on to the bar. This means the feet are free to move laterally until tightened in position. Not bad roof bars, but too dear given their load capacity, the lack of a T-Track and the prices of the Farad and Modula.