Can Alfa's new MiTo QV hot hatch forge ahead of Ibiza and 208 models? 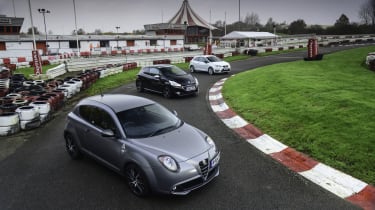 If you want a car that handles like a go-kart but looks good on the Kings Road, you can’t get better than an upmarket hot hatch. Punchy performance and stylish looks are essential if a car is going to shine in this class.

Alfa Romeo thinks it’s found the right formula with its new MiTo Quadrifoglio Verde. It looks as striking as ever, plus standard adaptive dampers offer the best mix of cruising comfort and sharp handling. However, there are some seriously tough rivals in this class, and our two opponents will give it a very hard time.

First up is the Peugeot 208 GTi. Its six-speed manual could give it the edge for driver involvement, while our other contender, the SEAT Ibiza Cupra, has a slight power advantage over the Alfa.

So does the MiTo QV have the performance, driving talent and desirability to make it worth the extra outlay?

Click the links above for individual reviews, and scroll down to find out which hot hatch comes out on top... 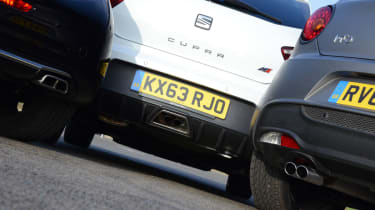 All three cars use turbo petrol engines, while the SEAT adds a supercharger. The 208 GTi is the most powerful with 197bhp and 275Nm of torque, compared to 168bhp/250Nm for the MiTo and 178bhp/250Nm for the Ibiza. Despite its extra power and manual box, the 208 accelerated slower than the SEAT –  the Ibiza’s close-ratio DSG box and a broad powerband gave it an edge. 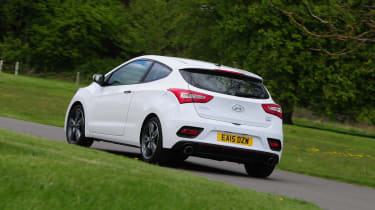 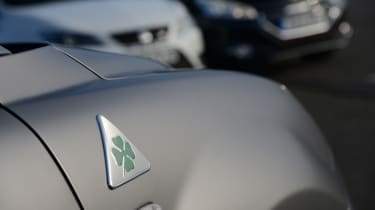 The Green Cloverleaf name is part of Alfa’s history, but Peugeot’s GTi badge arguably has more appeal in this sector, thanks to the company’s 30 years of hot hatch history. In contrast, SEAT’s Cupra badge is relatively new, first appearing in the nineties, when SEAT was involved in rallying. 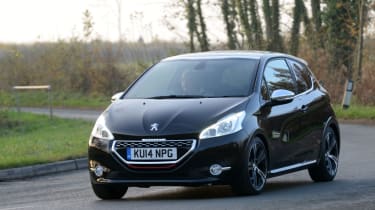 The 208 GTi is proof that Peugeot still knows how to make a high-performance hatchback. The 1.6 THP engine is smooth and torquey, while the manual gearbox gives it a level of involvement its DSG-equipped rivals here can’t match. While the handling isn’t as lively as its illustrious predecessors, the GTi’s all-round ability means it takes a decisive victory here. 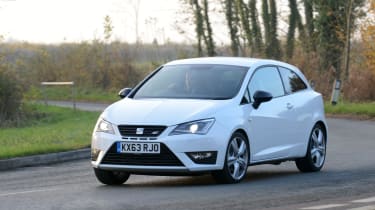 Settle for the Ibiza Cupra, and you won’t be disappointed. The 1.4 TFSI engine punches above its weight, and the DSG gearbox is great in manual or full auto modes. The firm suspension delivers decent handling, but the Ibiza doesn’t have the 208 GTi’s breadth of ability. The quality of the interior is a letdown, although that’s countered by a lower list price than its rivals here. 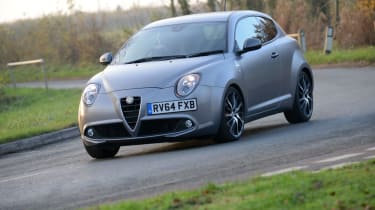 We hoped that the MiTo QV would be a new dawn for Alfa, but it’s a disappointment. In isolation, the engine is reasonable, but the TCT gearbox reduces driving enjoyment, while the adaptive dampers deliver neither sporty handling nor a comfortable ride. Add in a high price tag and surprisingly poor fuel economy, and the MiTo lags well behind its rivals here.