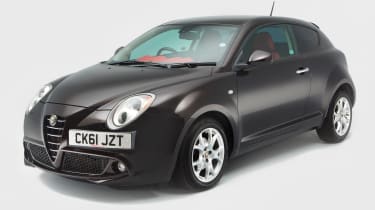 From our Driver Power satisfaction survey, it’s clear the MiTo is outclassed by many rivals. Yet for those owners who don’t suffer reliability problems, it still raises a smile. A number of Driver Power respondents told us how much they enjoyed driving their Alfa. The trouble was, this often seemed to carry a caveat, with one saying: “A series of faults the dealer has struggled to fix have soured the ownership experience in a way an Audi A1 or MINI owner wouldn’t have to tolerate.” A decent car to drive, but not to own seems to be the overriding impression.

Any manufacturer that comes up with a compelling and premium-feeling small car should be on to a winner. While many of us are downsizing in a bid to economise, lots of buyers still like a touch of luxury. The Alfa Romeo MiTo should be a hugely enticing buy, then, with its distinctive styling, semi-premium badge and smart cabin.

The MiTo has never enjoyed the profile of many of its rivals, but is still a worthy contender in its class. Although the Alfa has more character than many of its rivals, the alternatives are likely to offer a less frustrating ownership experience as a whole, so proceed with caution.

Alfa Romeo’s MiTo first hit showrooms in early 2009 and is still in its first generation, although a facelift did arrive in 2013. 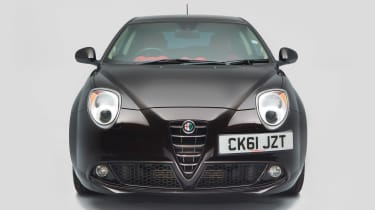 A dual-clutch transmission (dubbed TCT) debuted in January 2011, just before the range was revised to include fewer models, fresh trim levels and new engines – 78bhp and 105bhp 1.4 petrol power units plus a 1.3 JTDm-2 diesel with 95g/km emissions.

A facelift in October 2013 introduced exterior design tweaks, a fresh dash and a new touchscreen multimedia system. Then in February 2015, Junior and Progression trims were added to the range.

The MiTo has only ever been offered in three-door hatch form. Both diesel engines are fine, but the pick of the petrol is is the 1.4 TB. The 0.9 TwinAir is fun, although it’s generally less frugal than claimed. 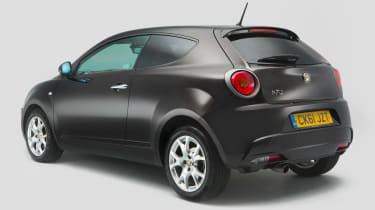 The trim hierarchy isn’t clear. It started out as Turismo, Lusso and Veloce, with the Cloverleaf and short-lived Junior options completing the range soon after. Then the May 2011 reshuffle changed this to Progression, Sprint, Distinctive and Quadrifoglio Verde. Lusso adds 16-inch alloy wheels and multimedia, the Veloce features 17-inch wheels and Bluetooth, while Cloverleaf models also come with sportier trim and adjustable suspension. All cars have air-con and electric windows, and, apart from the Junior, ESP too.

Alternatives to the Alfa Romeo MiTo

Fiercest competitor to the Alfa is the MINI. Although better to drive and built to a higher standard, the baby Brit is just as impractical, plus used models will be more expensive, despite their age.

The Audi A1 is another truly premium small car, benefiting from the same attention to detail as bigger models in the company’s range. It comes with some superb engines, and there’s a five-door version for added practicality. Once again, prices are much higher than for the Alfa. Plus, don’t overlook the Citroen DS3 (now badged simply DS 3), as it’s good value, fun to drive and significantly more usable.

First gear can be hard to select, especially on low-mileage cars and before the gearbox has warmed up. Double-declutching can help fix this. 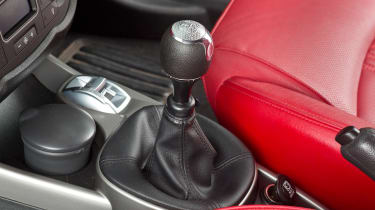 Some MiTo owners have had issues with their paint chipping and scratching easily. The flat red finish of early cars seems to be the worst offender.

Expect up to 15,000 miles from the front tyres. Good-quality rubber and correct pressures can make all the difference to the handling.

Many MiTo wheelnuts start to rust after just a few months. In some cases, owners have found they have corroded after just a fortnight.

The interior matches the stylish looks of the exterior, and has a sporty feel. Quality improved from late 2013, but the cabin remains cramped, and rear seat access is awkward as there’s no five-door option. Boot space isn’t bad, at 290 litres, although a split-fold rear seat doesn’t come as standard. 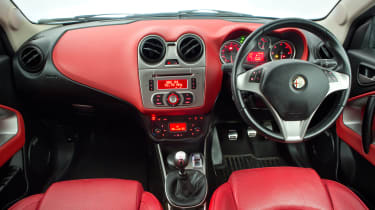 Lots of urban driving or cold-weather use can cut these intervals to just 36,000 miles. Expect to pay around £400 to have a new cambelt fitted, while fresh brake fluid is required every two years (at £49).

There’s been just one recall for the MiTo so far. It was issued in December 2012 and affected 268 models built between June and September 2012, with the problem being a pipe connector failing on the brake servo. This caused the power assistance for the braking system to cut out. Luckily, the brakes wouldn’t fail altogether, but the pedal had to be pressed a bit harder when slowing down. To fix the issue, dealers simply needed to fit a replacement pipe, along with a new connector. 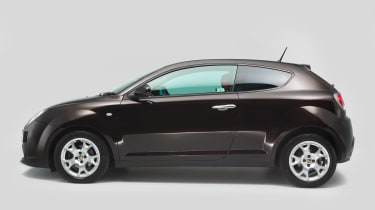 The Alfa Romeo MiTo scraped into our 2016 Driver Power satisfaction survey in 148th place. Road handling (53rd) was the highlight, while in-car tech (86th) and performance (95th) were the only others to make it into the top 100. Reliability (145th), build quality (145th) and ride quality (150th) were particularly disappointing.