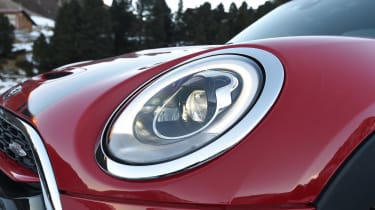 The GT12 builds on what was already the finest Aston Martin for decades, with even more power from that rev-happy, aurally thrilling 6.0-litre V12. The automated manual gearbox is still a drawback, but if you find yourself on a piece of open, twisting road, you forget all about it.

Since the Aston Martin Vantage arrived 10 years ago, the brand has launched various V8 and V12 road cars – as well as Zagato specials and racy models like the V8 N430 – but it’s saved the best for last.

The Vantage GT12 is a race-derived special dedicated to the company’s success in the global GT3 race series. It features the same engine as the V12 Vantage S, yet power has been increased from 565bhp to 595bhp and torque is up from 620Nm to 625Nm.

It’s unmistakable from the outside, with a huge carbon-fibre spoiler, a wider body, flared sills and wheelarches, plus carbon-fibre bumpers, bonnet and splitter, while the unique ceramic-coated tailpipes are nestled within a ground-hugging rear diffuser.

Climb inside, and it doesn’t feel like a stripped-out special. Sure, our model came fitted with nearly £25,000 worth of options, but it features swathes of leather and Alcantara, exposed carbon-fibre door panels and magnesium shift paddles. 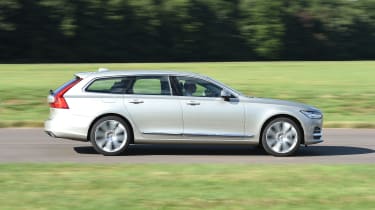 All cars get DAB, Bluetooth and sat-nav, yet the retractable screen has been replaced with a fixed one to save precious grams. In fact, the GT12 is around 100kg lighter than the V12 S thanks to lightweight components.

Push the starter button, and you’re greeted by that familiar yet outrageous bark from the naturally aspirated V12. The box is a seven-speed automated manual, while the car is just as easy to drive as any other Vantage. At idle, the engine burbles away, but it settles at low speeds and ensures you won’t need to wear earplugs.

Head out on to an open road, plant the throttle and the revs build faster than your brain can compute. Acceleration is brutal, with a kind of instantaneous response missing in today’s raft of turbo V8s. 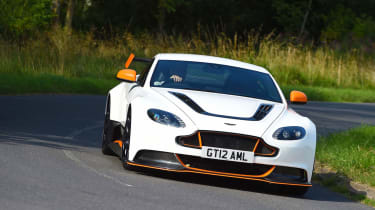 Engaging Sport mode sharpens everything up, although Aston has left the adaptive Bilstein dampers with their own control, so you can enjoy the heightened exhaust note and sharper steering without a bone-shaking ride. The steering is perfectly weighted and brimming with feedback, while the driving position is spot-on.

As you’d expect for £250,000, carbon-ceramic brakes are standard and provide immense stopping power from any speed. Despite the huge 19-inch wheels with 325 section Michelin Pilot Super Sport tyres at the rear, the ride is just the right side of firm, with enough play for motorway journeys.

Where the GT12 comes alive, though, is on a twisting country road, because despite its race-car-for-the-road styling, it’s not nearly as intimidating or back-breaking as it looks. On dry roads, lateral grip is astonishing and it never feels nervous or twitchy. Given a track and a set of tyres to wreck, it could happily play the hooligan, but it feels like a car that puts road driving first. 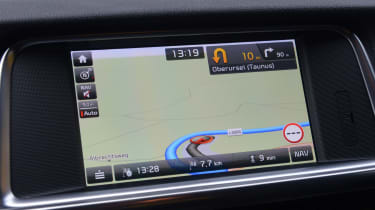 However, it’s not all good news. The car is still let down by its jerky automated manual gearbox, which hesitates on upshifts – even under gentle acceleration. While you can remove some of the kick by lifting off as you change gear, we’ve become so usedto DSG and PDK boxes with their rifle-bolt shifts that the V12’s archaic auto is now in desperate need of replacement.

But the major sting is that every one of the 100 GT12s is already sold. It’s a fitting farewell to one of the most iconic Astons of modern times, and proves that even after 10 years, the Vantage is still one of the purest, finest-handling sports cars money can buy.