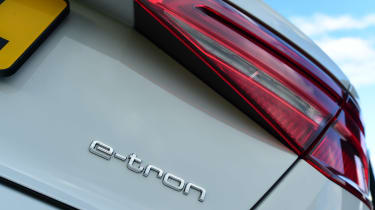 Audi’s plans to launch three fully-electric cars by 2020 are taking shape - and the company's CEO Rupert Stadler has revealed more about the models we can expect.

“There is first of all an SUV,” said Stadler. “We decided to go the SUV way because, even though the architecture is a little more difficult because you don’t have the perfect aerodynamics, people love to sit in an SUV and we have to respect the growing trend of SUV segments. I think this was two or three years ago absolutely the right decision.”

Audi’s battery electric SUV was previewed by the Q6 e-tron, first shown towards the end of 2015. But although the shape of the car has already been fixed, the name hasn’t. It will definitely wear an e-tron badge, but is not likely to be called Q6.

Following on from the SUV, it’s expected that Audi will launch a sports car to rival BMW’s i8. “There will be a very emotional shape on [the SUV] structure. We will show up with some ideas pretty soon,” said Stadler.

Finally, there will be a smaller, compact car, likely to be similar to Volkswagen’s I.D. and based on the Group’s MEB electrical architecture. “Thirdly we are entering with the MEB with Volkswagen the more compact segment,” confirmed Stadler.

The all-electric compact Audi is expected to share the I.D.’s 168bhp electric motor driving the rear wheels, with battery options giving a range of anywhere between 200 and 375 miles. With Volkswagen saying the I.D. will cost around the same as a decently specced Golf diesel, applying the same thinking to an Audi equivalent would mean a starting price at today’s money in the region of £25,000.

What do you think of Audi’s electric car vision? Let us know in the comments section…