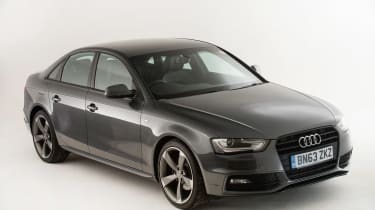 Audi has enjoyed a meteoric rise over the past decade as its range of models has taken the premium market by storm. While the brand has its detractors who say prices are too high and the cars lack real-world exclusivity, there’s plenty to recommend them – especially on the used market.

As a used buy, the Mk3 A4 offers a huge amount of car for the money, especially as it was replaced late last year, but problems are more common than you might expect, so buy with care. 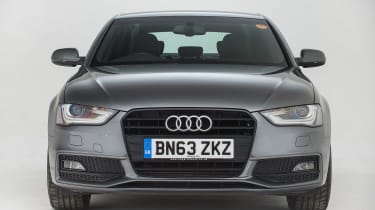 An S tronic dual-clutch gearbox was offered with the 2.0 TFSI from February 2009; the four-wheel-drive A4 Avant allroad reached showrooms three months later, with 2.0 TFSI, 2.0 TDI or 3.0 TDI engines.

By October 2009, the fleet-friendly 120g/km 134bhp 2.0 TDIe had arrived. A facelift in January 2012 brought minor style changes and standard stop/start across the range, plus revised suspension and steering. 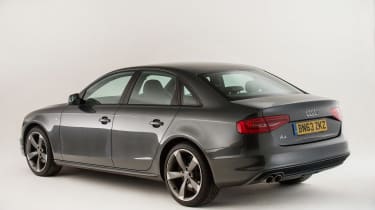 There are no engines or transmissions to avoid, although the rare 3.2 FSI is costly to run, while manuals tend to be more reliable. If you tow, it’s worth going for quattro 4WD; 3.0 TDI editions have this as standard.

Alternatives to the Audi A4 Mk3

German brands have the compact executive market sewn up, and the BMW 3 Series and Mercedes C-Class are the A4’s toughest adversaries.

The BMW is the driving enthusiast’s choice, but both cars offer excellent build quality, a wide choice of engines and trims plus saloon or estate bodystyles. An alternative option in this class is the Lexus IS. It comes only as a saloon and isn’t very involving to drive, but is ultra-reliable and the brand’s dealers tend to be superb. Standard equipment also leaves rivals trailing, plus on the latest version hybrid power is available.

The Volkswagen Passat is another great option. It offers the same engines and transmissions as the Audi, plus excellent build quality and top-notch practicality. 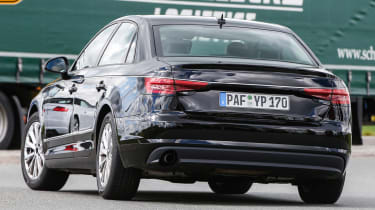 Packed with high-quality materials, the A4’s interior is well laid-out and easy to use, and most cars are well equipped, too. Rear seat space is excellent for two, and the practical appeal of the saloon’s large 480-litre boot is boosted by split-fold rear seats. The Avant offers up to 1,430 litres of space.

Xenon headlights are fitted to a lot of these A4s; they’re standard on S line models. Replacement costs are high, though, so check they’re in good order.

Some engines suffer from high oil consumption, especially the four-cylinder units. They can use up to a litre of oil every 1,000 miles.

Beware of big wheels, such as these 19-inch alloys. They damage an already-hard ride, plus they’re kerbed all too easily. 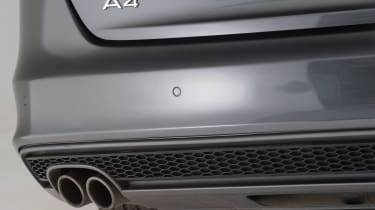 Supply issues led to Audi dropping its parking sensors from some models for a while. They’re essential to avoid scuffed bumpers.

Most A4s have a variable servicing schedule, which allows up to two years or 19,000 miles between check-ups; a fixed regime is offered, too, which means a pitstop is required every 9,000 miles or 12 months.

Once an A4 is over three years old, service costs for four-cylinder models are pegged at £159 and £309 (minor and major). All 2.0 TDI diesels have a cambelt which should be replaced every five years (£455 a time).

Fresh brake fluid is needed after three years (£81), the air-con is recharged when needed (£90) and the coolant is also topped up when necessary, rather than replaced.

The A4 Mk3 has been subject to three recalls. The first came in October 2014 and affected some cars built between January 2012 and August 2014; servo problems could lead to braking assistance being lost. 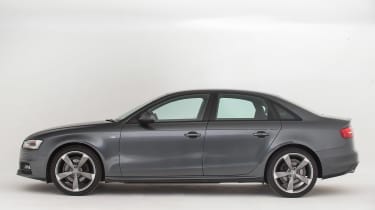 Some A4s made between November 2011 and October 2014 were called back over problems with the airbags not inflating correctly. The most recent recall was issued in April 2015, as 3.0 TDI versions built between April 2011 and April 2012 could suffer from fuel leaks.

This version of the A4 is showing its age, as it dropped out of our Driver Power satisfaction survey this year. It ranked 151st in the 2015 poll, with owners rating its build quality and in-car tech highest; it came 65th and 69th in these categories respectively. But scores in nearly every other area were outside the top 100.

When we first drove the A4 Mk3, we said: “The A4 has evolved, and the latest model is an improvement in every area.” Now the Mk3 has been replaced, you can buy one for less than £5,000. Even a one-owner car with fewer than 60,000 miles can be picked up for under £8,000. But running costs can be high and reliability isn’t always what you might expect of a premium brand.