It promises a stunning mix of luxury and pace, but can the new Bentley Bentayga knock out the ultimate Range Rover? 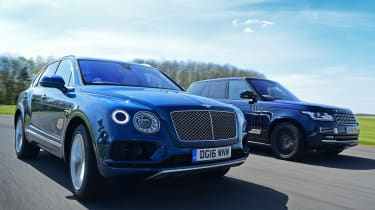 With the surge in popularity of SUVs, it was only a matter of time before the world’s luxury brands stepped into the fray with plush offerings for the monied elite. And the first company to hit the market is Bentley with the new Bentayga.

The British firm’s first SUV aims to mix the luxury of Bentley’s high-end saloons with the pace to make it the world’s fastest off-roader. And with a handcrafted interior and colossal 6.0-litre W12 engine, the Bentayga should set new benchmarks in both fields.

It’s the first of a fresh breed of luxury SUVs, but here it faces an existing model that’s been given a high-end update to take on this new wave. The Range Rover has set the standard for SUV luxury for over 40 years, and now Jaguar Land Rover’s Special Vehicle Operations division takes this to another level with the bespoke SVAutobiography. 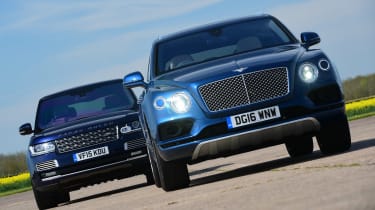 So, can the Range Rover remain at the pinnacle of the luxury SUV class? Or does the Bentayga move the sector to a new level of luxury, performance and exclusivity?

Buyers can really go to town with the Bentayga’s appearance. Bentley offers 15 standard metallics and 90 special shades for extra cost. If you have a specific colour in mind, the company will match the car to it, and there’s a similar level of personalisation for the leather and veneers in the cabin, too.

There are eight wheel options in 20 and 21-inch sizes, while you can colour code the lower bodywork, remove the roof rails, add extra chrome trim or upgrade to different Specification packages, all for extra cost. 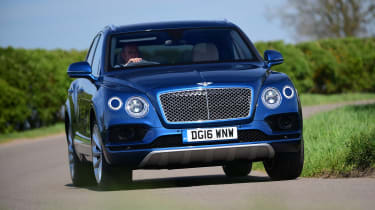 There are two wheel options on the Range Rover SVAutobiography – a 21-inch polished design or the 22-inch dark grey rims – plus fixed or sliding panoramic roof options. These can all be had at no extra cost, while Land Rover offers 42 body colours.

Again, standard metallics are included, but Spectral paint, which changes colour according to the light, costs £8,285. Also, you can get Dual Tone colours for £9,315; these feature black paint from the beltline up and a choice of nine colours for the lower half of the car. These options are exclusive to the SVAutobiography model. 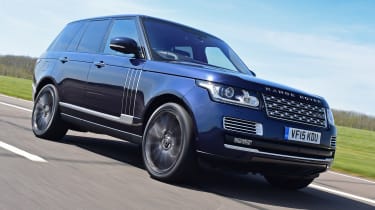 Verdicts don’t come much closer, but the Range Rover takes victory here. In the world of luxury SUVs, the SVAutobiography still sets the standard. Interior quality is on par with the Bentley, plus there are far more surprise and delight details. It’s not as fast and agile as its rival, but it’s still searingly quick and composed, plus it’s refined and peerless off-road. It’s the ultimate luxury all-rounder. 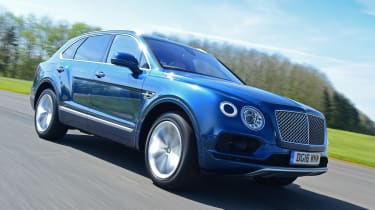 The Bentayga represents a strong first SUV effort for Bentley. Explosive performance, agile handling and strong refinement are major strengths, as is the ability to tailor the car’s looks and interior. It just doesn't have the Range Rover’s sense of occasion or kit count. The Bentayga is hugely polished, but it drives too much like a top-spec Audi Q7, which costs £90,000 less. 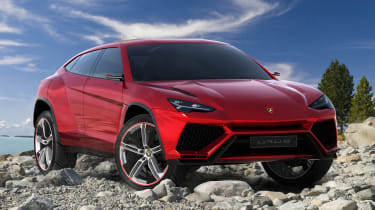 Not exactly coming soon, as it’s due in 2018, but the Urus should be on the radar of anyone wanting the fastest SUV around. It’s likely to use the same V10 as Lamborghini’s Huracan, and should challenge the Bentayga for top speed.