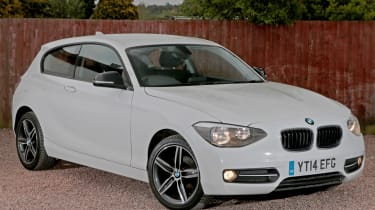 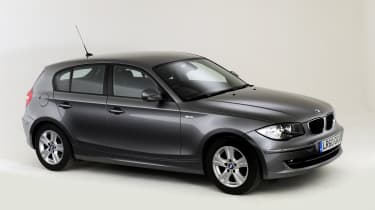 By launching the 3 Series Compact in 1993, BMW arguably created the premium small hatch. But the company wasn’t really a force in this class until the arrival of the original 1 Series in 2004. While the baby BMW was controversially styled, any doubts about its abilities were dispelled as soon as it was driven. Now the earliest first-generation 1 Series hatchbacks are almost a decade old, and they’re becoming more and more affordable second-hand.

Alternatives to the BMW 1 Series Mk1

Audi’s second-generation A3, launched in 2003, is still a cracker. It’s a strong choice, and features some great engines, with front or four-wheel drive, while the cabin is difficult to fault. 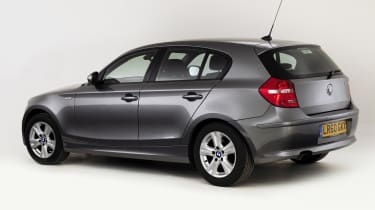 The MkV and MkVI versions of the VW Golf (from 2004-2008 and 2009-2013 respectively) are better value than the A3, but they’re not always as reliable as their reputation makes out. Finally, the second-generation Mercedes A-Class, introduced in 2004, is worth a look for its build quality, practicality and comfort.

The 120d’s turbocharger has been known to fail; watch out for excessive oil smoke from the exhaust under acceleration.

Firm suspension coupled with run-flat tyres gives an uncompromising ride. Make sure you can live with it. 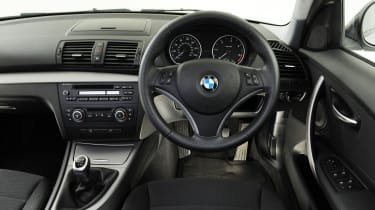 There have been reports of ECU failures on some early petrol cars, with a new unit needing to be installed.

The 1 Series has condition-based (variable) servicing, so a dash alert appears when a check-up is required. The system takes a range of items into account and indicates when a service is due, but only parts that need replacing will be renewed, so no two garage visits cost the same.

The 1 Series has been recalled five times so far. The first recall was issued as early as September 2004, because of the possibility of the rear suspension working loose. In November 2006, dealers called cars back again to investigate brake servo wear, while airbag and seatbelt tensioner issues meant another recall in June 2009. 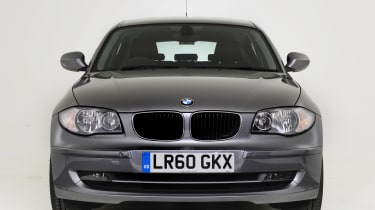 The next, in October 2011, was for an electrical short circuit in the fuel filter heater, and another in July 2012 looked at possible steering power assistance failure.

Until 2012, the 1 Series had finished mid-table in our annual Driver Power satisfaction surveys, but it then fell to 82nd place thanks to its limited practicality, poor ride and lack of comfort.

If you want a compact premium car that’ll turn every drive into an occasion, the 1 Series could well be the perfect choice. Not only does it have excellent dynamics, it also offers fine cabin ergonomics, plus BMW’s usual build quality. This is a car with a real depth and breadth of talent. The downside is the limited rear space, but view the 1 Series as a two-seater with hatchback practicality, and it’s a great car. Entry-level models are best avoided. Go for an ES or SE, and you’ll have an entertaining, well equipped and frugal small hatch.