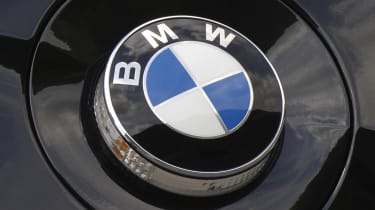 BMW has created a specialist task force to prepare for a worst-case Brexit scenario, one in which the UK leaves the customs union and the single market, as well as the EU, with no trade deals in place.

BMW’s Brexit task force is preparing the company for lengthy border queues and their associated supply delays, and is also considering safeguards against job losses. The company builds around 200,000 MINIs a year at its Cowley plant in Oxford, and crafts 20 Rolls-Royces a day at Goodwood in West Sussex.

• Brexit has no advantages for UK carmakers, warn MPs

Painting a picture of the company’s current supply model, Duesmann told German trade magazine Automobilwoche that: “A number of components cross the English Channel as many as four times before a vehicle is fully built and reaches dealers. With every border crossing, a customs clearance and duty will be due.”

Duesmann explained that the creation of fresh trade boundaries between the UK and the EU meant BMW would be “expecting a bottleneck at the border” and that it had to “anticipate delays in the supply chain”. The company will need “far more goods on the road” to counteract such delays and keep its UK factories running.

He went on to say: “Even if we are paying zero customs duties, we have to go through the processing at the border.” EU trade agreements mean supply trucks coming into the UK from Europe effectively pass through borders without hindrance at present, something that is likely to change following Brexit.

Duesmann also suggested jobs held at UK BMW factories by non-UK workers could present difficulties: “We have many BMW employees in the country who do not hold British citizenship. It would be hard to replace them.”

Not all the potential effects of a hard Brexit would be negative for BMW though. Duesmann said as the company built 220,000 cars in the UK last year and sold 243,000, there was “room to manoeuvre”. While the models built and bought in the UK are different, the close sales-to-manufacturing numbers mean BMW could, in theory, make its UK operations partially self-sufficient, preventing some delays and costs tied to exporting and importing goods.

Asked if the company could switch it’s MINI plant at Oxford to produce BMWs, Duesmann said such a move “would be expensive, but it could make sense at some point”, particularly for front-wheel drive models like the BMW X1, X2 and 2 Series Active Tourer.

According to the head of Global NCAP, Brexit could make the UK a “second-hand dealer” in car safety…