Can the new BMW X1 scale the crossover class heights over its Range Rover and Audi rivals? 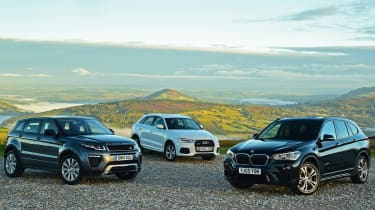 Premium compact crossovers are big business. These models deliver the luxury of a compact executive with the raised ride height of a full-fat 4x4, plus running costs that fall somewhere between the two. However, the first-generation BMW X1 was something of an also-ran in the class, and more like a 1 Series with a raised ride height than a proper crossover. Now the brand is aiming to address that with an all-new model.

The newcomer is bigger and more efficient than before, yet it also aims to maintain BMW’s reputation for building cars that are fun to drive. To find out where the car fits into the class, we’ve lined up two front-runners that have also been updated in the past six months.

The Audi Q3 is a direct rival to the X1, and it’s a tempting package thanks to its quattro four-wheel drive and spacious body. It had the beating of the Range Rover Evoque in an earlier road test, but we’ve measured the duo up for a second time, as the Brit now comes with Jaguar Land Rover’s new Ingenium diesel engine.

All three models tested here come with auto gearboxes, so which one is the cream of the compact crossover crop?

The Range Rover is miles ahead of its rivals for off-road ability, and the Terrain Response system adjusts the traction and stability control for different surfaces. 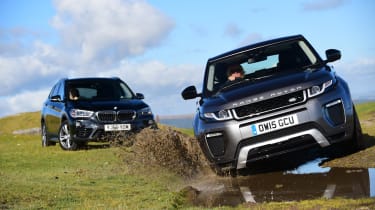 The Audi has an off-road mode for the stability control, while hill descent control is a £195 option. In contrast, the BMW doesn’t offer any off-road extras beyond its 4WD system. 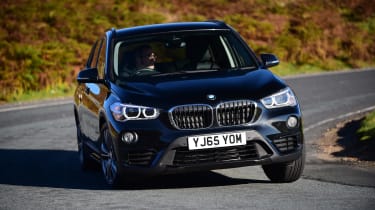 The BMW’s lower CO2 emissions really reap the benefits for company car buyers. A 128g/km output means it sits in the 23 per cent tax bracket – one below the Range Rover and two below the Audi. Higher-rate taxpayers will save £348 and £139 respectively. 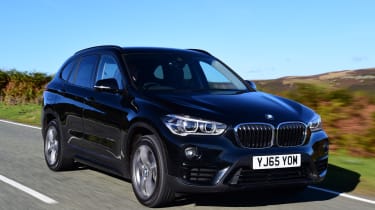 The original X1 was an also-ran in the crossover market, but the new car shoots straight to the top of the class. A combination of practicality, efficiency, performance and engaging driving dynamics means it’s a consummate all-rounder. It looks like a smaller version of the X3, yet from behind the wheel, it drives more like BMW’s saloon cars. It makes for a convincing package, and victory here.

Adding the Ingenium diesel has helped the Evoque to reclaim its place ahead of the Q3, but unfortunately the X1 moves the class on further still. The Range Rover’s more efficient engine isn’t as powerful as before, yet there’s no difference in the real world, while the auto gearbox, premium interior and decent kit list mean it’s a relaxing and comfortable car to drive. 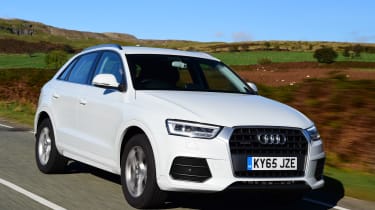 Third place is no disgrace for the Q3. It’s well built and has decent performance, but its rivals here are simply better. It doesn’t have the looks or standard kit to match the Evoque, plus it’s not as practical or efficient as the X1. Economy is impressive, yet company costs are higher. Still, you could save some cash and go for the 148bhp model and not lose much in the way of performance. 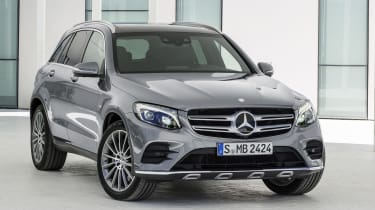 The GLC will be Mercedes’ first foray into the UK premium compact crossover market. The range kicks off at nearly £35,000, yet emissions start from 129g/km, which will make it a tempting choice for company car buyers.