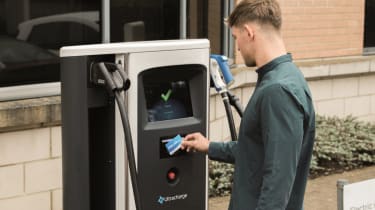 The UK needs a six-fold rise in electric vehicle charging points by 2020 if it wants to keep up with electric car demand, a new study has found.

The report, carried out by data company Emu Analytics, found that there is a significant shortfall in the amount of electric charging points across Britain.

The report predicts that there will be over a million electric vehicles on the road by 2020, with 150,000 registered as of May 2018. However, due to the low amount of charging points, there are currently nine plug in EV’s for each charging point in the UK.

According to Emu Analytics, a pure electric vehicle’s battery range typically lies between 100 to 200 miles (even though real world figures are likely to be lower), meaning drivers will need plenty of chargers before battery range increases.

The Government has put £440 million aside to be spent on delivering a better charging infrastructure. It has also tasked 21 local authorities with investigating Clean Air Zones and develop Clean Air Plans by December 2018.

CEO of Emu Analytics Richard Vilton said: “Ultimately the UK, by investing in the right way early, has the opportunity to be a global leader in Electric Vehicles, benefiting businesses, towns, cities and communities by preparing for a sustainable future.”

Read our guide to electric car charging in the UK…