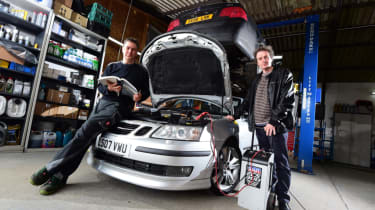 When car manufacturers disappear, the vehicles they made live on for much longer, often changing owners for years before they finally end up in the scrapyard.

Cars from brands such as Chrysler, Saab and Lancia can still be bought in quantities on used sites, but what about spare parts and servicing? With no dealers around to help out, to whom can owners turn?

It turns out that there’s a wide web of independent specialists catering for those who still drive products of defunct brands. We spoke to six of them to find out if the living dead are still worth owning and what spare parts and servicing are like. 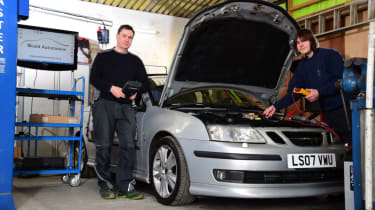 Twelve years ago, Saab main dealer technician Darren Worsley grew sick of commuting and set up his own repair centre in a Kentish barn, working with ex-Saab main dealer mechanic Neil Webb. It’s seven years since Saab filed for bankruptcy and Weald Automotive in Kent is among a thriving community of independent brand specialists.

“I’ve worked on Saabs since 1988; Neil began a couple of years before me,” Darren told us. A few diehard owners still run 900s and 9000s, but Darren said his biggest client base is older drivers with 9-3s and 9-5s. If they want to stick with Saab he suggested driving petrols, as the Alfa-designed 1,900cc diesels can be troublesome. The venerable Slant-4 petrol engine can experience balancer shaft drive chain problems, he added, and dual-mass flywheels are weaknesses for petrols and diesels.

“Fifty per cent of the parts are in the UK, the rest are in Sweden,” he said. But some parts are getting scarce; he recently had to have a 9-3 power steering pipe made. Darren told us he didn’t think GM’s culture suited Saab, and while he praised the way the US giant boosted sales, ultimately what finished the brand, in his eyes, was the recession and the dominance of prestige German marques. 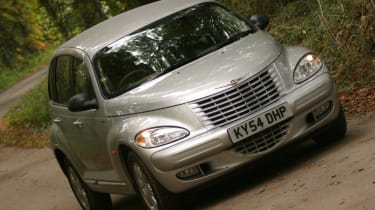 Julian Osburne, owner of Chrysler-Jeep repair specialist CJS, has been fixing the American giant’s cars for 20 years. He told us he rates even less-fancied models like the PT Cruiser, which he said is “a Marmite car, but the 2.2 diesel engine comes from the Mercedes Sprinter van. It’s bulletproof”.

For Julian, 2.5 diesels work well in the Voyager MPV. He added: “You’ll get 40mpg.” And he assured us 3.3-litre petrols are smooth and strong, but warned that autos struggle with the 2.8 diesel’s torque. Julian explained the heavy 300C saloon suffers suspension bush and ball joint trouble, and because some are over 12 years old, repairs like an oil pump change (a 30-hour job) or replacing six injectors (£200 each) can outstrip a car’s value.

Parts supply is mostly good, but he recently struggled to find ECUs, and was forced to resort to used units or independent American suppliers. As far as the Norfolk-based garage boss is concerned, Chrysler died in the UK due to ill-judged pricing and an image weakened by importing similar Dodge and Plymouth models. But Julian is frustrated that some buyers are now wary of the brand. “It’s a pity,” he told us. “There really aren’t a lot of problems with these cars.” 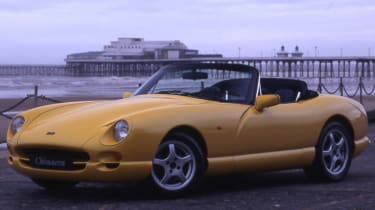 Heath Briggs and Paul Forrest had worked at TVR’s famous Blackpool factory since the early nineties. “We were there when they turned the lights out,” Heath recalled. After the sports car firm went bust, Heath and Paul started their independent TVR repair and restoration business in a Lancashire barn. Early jobs included finishing assembly of the last new TVR Sagaris.

Today, Heath told us parts supply is excellent, thanks to marque specialists and TVR’s new owner. He assured us the cars are less frail than folklore suggests, with drivetrain experts de-bugging engines.

But that’s not to say there aren’t issues. Heath said: “Wiring looms and fuse boards get old, we see electric window problems and bodywork micro blisters.” Used spares can also be costly and rare: he recently spent £1,000 on four Griffith alloy wheels. And Heath has seen mechanical damage where cars that have been idle for months are started “with bone-dry engines”. The garage owner told us the Chimera is a good way into TVR ownership. 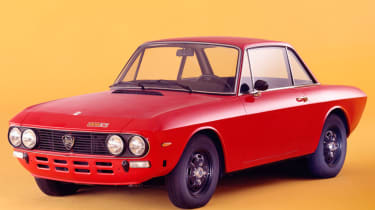 In the late seventies, Lancia sold more cars in Britain than BMW. But by 1994, when parent company Fiat pulled the plug on UK sales, the marque’s reputation had been fatally damaged by the severe rust problems of its Beta models from the eighties.

Today, fans of the Italian brand are catered for by Norfolk-based firm Omicron Engineering, which was set up in the early eighties by ex-Lotus engineer Martin Cliffe. “Getting fiddly things made is a perennial problem,” said Omicron’s Andrew Cliffe. “Engine parts can be made in small numbers, but rare distributor caps are a real headache.”

He told us the pretty Fulvia coupé is the most accessible Lancia, but added he still sees cars that have suffered “20 years of bodging”, which can take many man-hours to unpick. Today just a few hundred Lancias remain in the country, kept going by a small band of fans and experts, but the later, less-fancied cars are nearly extinct. When did you last see a Lancia Dedra? 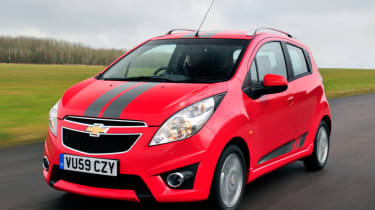 Family-owned Buckingham & Stanley, a Cambridgeshire fixture since 1958, was an early Saab dealer that then took on Chevrolet.

The US brand vanished from the UK in 2015, but the garage still services the numerous survivors. Yet sales manager Rupert Flemming told us that work is falling off as warranties expire and owners migrate to smaller independent garages – although Chevrolet still lists 74 UK service specialists on its website. “Paying £139 for an oil and filter change comes as a bit of a shock,” Flemming explained.

A B&S technician who is fully qualified to work on the hybrid Volt is still kept busy, though. “We get customers all the way from Nottingham,” Flemming added. “This technician recently showed the Norfolk fire brigade how to deal with an electric car after a smash.”

Flemming told us that some Chevrolet engineering is crude but, diesel injector problems aside, the cars are robust and parts supply is decent. He added that Orlando MPVs are well-equipped, bargain-priced seven-seaters, and had good things to say about the Spark city car, adding: “It ticks along like a sewing machine and just keeps going.” 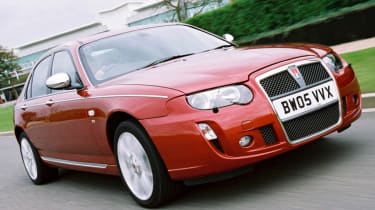 When MG Rover went to the wall in 2005, Tom Wetton’s retirement plans went with it. So Wetton, an engineer who’d spent 19 years with the company – including looking after its press cars – set up SAS Autos to repair and service surviving MGs and Rovers.

While many of those cars are now in their late teens, he told us he still sees a steady flow of 200s, 400s, 25s, 45s, 75s and their MG equivalents. Many have older owners, although a few diehard boy racers still thrash 200s and 25s. But Wetton said he is yet to see one of the rare TF sports cars briefly built by MG’s current Chinese owner.

He still fixes lots of blown head gaskets on K Series petrol engines. “Rover thought one in four would give trouble,” Wetton explained. “The door locks on 75s also cause problems, and we repair lots of exhaust manifold gaskets and CV joints.” The BMW-designed diesels in the 75 are tough, he told us, but warned of failing drive belt pulleys.

The causes of MG Rover’s failure are no secret, but Wetton pointed to a lack of investment, asset stripping and ageing products. Desperate cost saving also meant the final cars were less solid and more fault-prone than the 17 or 18-year-old cars he told us he usually works on.

Enjoyed reading about older cars? Then why not read about our trip inside Jaguar Land Rover Classic Works?