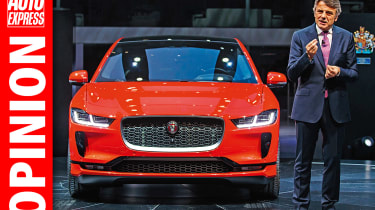 The car industry has finally run out of patience with the UK Government on Brexit, it seems. After warnings last month from BMW and the Society of Motor Manufacturers and Traders, Jaguar Land Rover boss Ralf Speth (above) finally broke his tactful silence on the subject last week, questioning whether the company would even be able to remain British at all if a hard Brexit were to occur.

That’s a firm that has spent more than £50billion in the UK over the past five years, and which supports more than 300,000 UK jobs, questioning whether it should stay committed to further investment of £80bn between now and 2022. And listening to some of the soundbites from politicians on how cars are really made, you can hardly blame JLR for playing hardball.

Logistics, components and supply chains are one thing. But Speth also suggested that JLR is already struggling to attract international talent – the sort of brainpower that drives forward developments in battery technology, infotainment and build quality. Or, in the case of Speth himself, managerial skills.

Study this year’s Brit List and you’ll see how UK talent drives much of the car industry – be it running globally significant manufacturers and suppliers, or designing and engineering vehicles for customers in Britain, Europe and beyond. There are Brits in significant roles everywhere.

The Government is still deciding on how best to remove barriers to trade while sticking closely to the idea of previously impossible restrictions on the freedom of movement for people. More than two years after the Brexit vote, there’s increasing evidence that the second of these policies is a dangerous one indeed.

What does the UK car industry need from Brexit? The SMMT has set out its priorities for securing investment and protecting jobs…