Road tax 2013- everything you need to know

We break down road tax bands to help you save hundreds 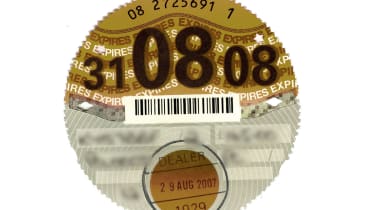 Road tax costs should be at the forefront of everybody's mind when choosing a brand new car. Knowing the CO2 emissions of a car you’re considering, and what that can mean for your road tax expenditure, can be very helpful.

There are two costs associated with the road tax, or Vehicle Excise Duty (VED). There’s the annual rate which is based on emissions, and a first-year rate which can be more or less expensive than the annual rate. This is largely dependent on which CO2 emissions band your car falls in.

It’s worth noting that emissions tax bands apply only to cars made after 1 March 2001. Taxes for older cars are based on engine size. Vehicles with engines under 1,549cc (1.55 litres) cost £140 per year while everything about 1,549cc costs £225 per year.

The road tax bands, with corresponding first-year and annual rates, are shown below:

As you'd expect, the 0-100 g/km tax band is dominated by electric vehicles. The next two bands up, B and C, are primarily small diesels such as the VW Golf 1.6 TDI and Audi A4 2.0 TDI. Tax bands of other notable cars include the Ford Fiesta ST with a manual transmission, which places in tax band E.

At tax band H (166-175 g/km of CO2) the first-year rates start to become more expensive than the annual rates. This band includes cars such as the Porsche Panamera 3.0 V6 diesel with an automatic transmission, and the Skoda Yeti 2.0 TDI with an automatic.

Some of the cars with the highest road taxes are also some of the most expensive. Cars in the M tax band include the Jaguar XJ with an automatic and the 5.0-litre supercharged V8, and Bentley Continental GT with the 6.0-litre W12.