The evolution of car safety: a history

With the 32nd anniversary of Britain's seatbelt law today, we chart the history of safety features in the cars you drive 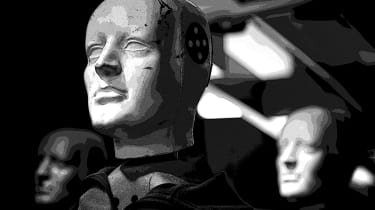 The UK's first-ever seatbelt law, which required all new cars to have mountings available for seatbelts, is 50 years old this January - and 32 years ago today, an even more important seatbelt law was passed.

Read on to see more about the history of car safety features and laws. 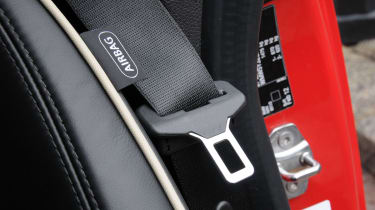 Volvo introduces the first three-point seatbelt – it’s still one of the most effective safety devices of all-time.

Another innovation from Volvo, introduced in an attempt to reduce face and chest injuries in crashes.

All new cars sold are required to have seat belt anchorage points for the front outer seats. 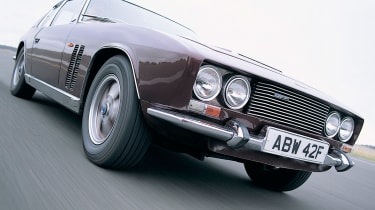 Ruling passed that all cars sold in Britain must be fitted with front seatbelts.

Volvo delivers another first, with front-seat head restraints. These protect the head and neck in rear-end collisions.

Mercedes moves the ABS game on by introducing an electronic system in its high-end S-Class model. 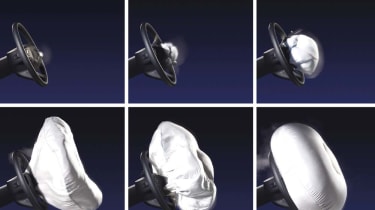 US makers sold airbags in the seventies, but Mercedes is first to sell a modern Supplemental Restraint System (SRS).

It becomes compulsory to wear front seatbelts in the UK. Over 90 per cent of British drivers immediately comply.

The latest round of seatbelt rules come into force – all cars sold in the UK must now be fitted with rear seatbelts.

It becomes a legal requirement for seatbelts to be worn by all rear-seat passengers, including adults. 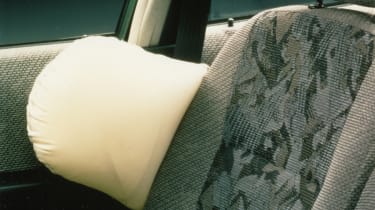 Once again, Volvo is at the forefront of safety as it introduces side-seat protection airbags in its 850 model to supplement its metal side-impact bars.

Mercedes, with the help of Bosch, becomes the first maker to use ESC, with the S-Class again leading the way.

Kia adds the first knee airbag to the Sportage SUV, although this feature doesn’t reach the UK until the 2003 Toyota Avensis. 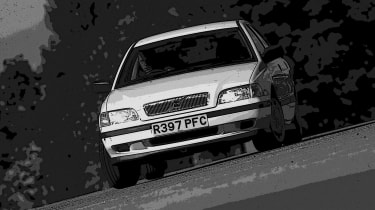 A move on from the 1968 system, the more advanced head restraint first appears across Saab’s model range. 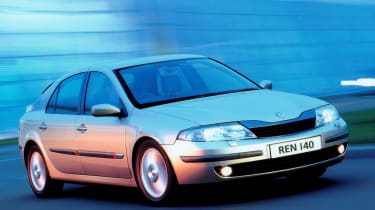 The safety rating test is made even tougher by the introduction of the child protection rating.

This first appears in Europe in the Citroen C4, C5 and C6, and warns drivers when their car is moving out of a lane.

Developed to lower the risk of injuries for pedestrians when hit by a car. First available on the Jaguar XK and Citroen C6.

Volvo S80 saloon offers a visual alert to notify drivers of vehicles in their blind spots. 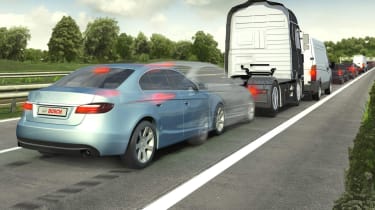 Introduced into the Volvo XC60 in 2008. The system senses stationary traffic, warns drivers and primes the brakes to stop. 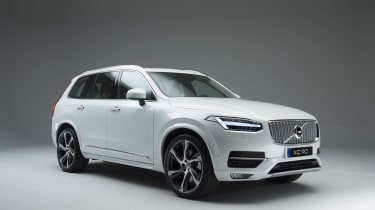 This tech arrives on the next Volvo XC90. Advanced pedestrian detection spots people in the dark, barrier detection steers and brakes if you veer towards a barrier, and active cruise follows car ahead and lane markings.

Cars communicate with those in front and warn of slippery roads or a breakdown in the way. Also works with traffic lights to tell you how long before it turns green.