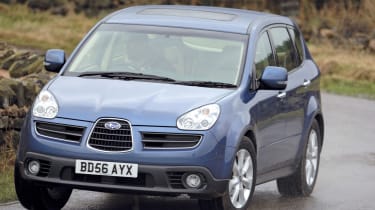 'Ugly' is always going to be a matter of opinion, particularly when it comes to cars. What one person sees as a automotive design masterpiece can easily look like a wheeled root vegetable to another. There are, however, vehicles around which a consensus of ugly car opinion forms and what they all have in common is that very few people ever think about buying them.

But are we missing a trick? Could some models that appear to have been viscously assaulted with the ugly stick on their way out of the factory actually make great used buys? Profound ugliness certainly does little to prop up residual values so at least these automotive elephant men tend to be cheap.

To test the hypothesis, we've rounded up a collection of what we perceive to be ugly cars. But these are ugly cars that you might just want to consider buying. It's tough to make a compelling case for some of them but others stand out as sleeper used car bargains that you'd want to drive with or without a paper bag over your head… 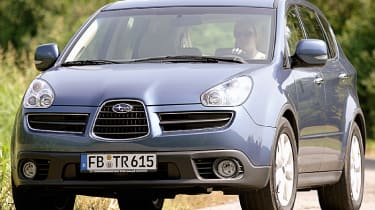 Subaru’s premium SUV, the Tribeca, was named after an upmarket area of New York. And it has an upmarket spec to match, with flagship cars offering heated seats, a sunroof and reversing camera, plus DVD rear seat entertainment and even seven seats. The controversial styling held it back, as did the car’s thirst and the rather cramped rearmost seats, but this SUV now represents fine value for money.

Should you buy one? Why not? If you can live with the design, the Tribeca has decent tech and costs from £5,500. 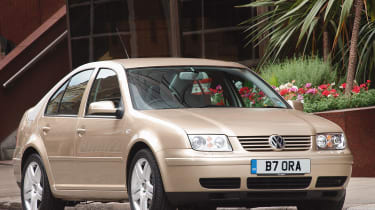 This Volkswagen commits the ultimate sin of being too bland. Bora was the name the brand gave its Golf Mk4-based saloon – every other version has been the Jetta – and while running costs are decent, the car lacks bite and has overly light steering. There have also been problems with the windows, the 1.8-litre engine and the clutch, which have resulted in a total of seven recalls since the launch in April 1999.

Should you buy one? Probably not. The Bora fades into the background, and its SEAT Toledo or Skoda Octavia cousins look much better value for money. 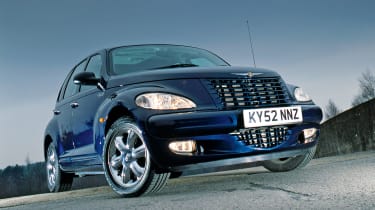 The PT Cruiser stood out from the crowd at launch with its brave retro looks, and it had bags of space and kit including a six-speaker CD stereo as standard. Although the ride wasn’t bad on smooth surfaces, on twisty roads the handling let this Chrysler down. The 2.0-litre petrol engine had 188Nm of torque and gave a coarse, noisy driving experience. And while the price looked good value, running costs were steep – all of which you could perhaps forgive when that retro styling was fresh. But it’s aged poorly.

Should you buy one? No. The PT Cruiser’s looks were an acquired taste at launch and haven’t stood the test of time. 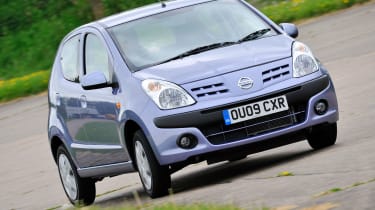 The Nissan Pixo is never going to win any prizes in the style stakes, but it’s cheap to buy and run. Yet the cabin also feels cheap, plus there’s no glovebox and only a tiny boot. Safety also fails to impress, with only a three-star Euro NCAP score. And the real low point came when a problem with the windscreen wipers made drivers’ feet wet. Other faults have caused unwanted cabin noise.

Should you buy one? No. Ultimately, you get what you pay for, and while the Pixo is cheap to buy, for this cash you can stretch to a city car with better safety kit. 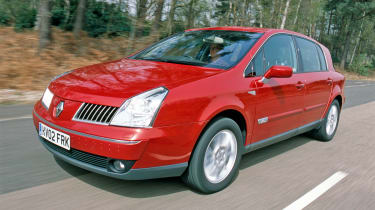 This spacious four-door coupe is a hidden gem. The Vel Satis is becoming increasingly rare, even though it was discounted when new to boost sales. And French President François Hollande apparently had a bulletproof version made to transport the Queen and her hats for last year’s 70th anniversary of the D-Day landings. It has plenty of headroom, and the 2.2 dCi engine is frugal. It also has a great safety record.

Should you buy one? Yes. You can up pick one of these future classics for as little as £700 on the second-hand market. 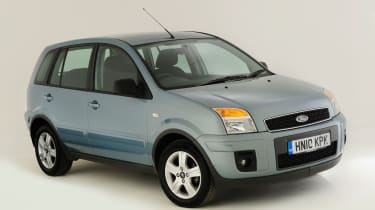 It was sold on its high seating position, but the Ford Fusion struggled to win over critics. Still, it has a spacious interior, and also scores on safety, with a four-star Euro NCAP crash test rating. However, it’s based on the old Fiesta and looks dated, plus it’s inherited some of that model’s build issues, including cutting out at junctions. There’s plenty of them on the market, though.

Should you buy one? Maybe. There are loads available, they’re cheap and relatively practical, and the drive is reasonable 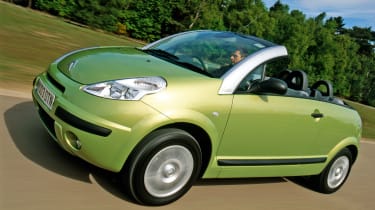 The Pluriel edition of Citroen’s C3 hatch was often described as quirky and wacky. It’s certainly unique: the spacious four-seater achieved a four star crash test rating, and you can drop the canvas hood and remove the roof rails for a very different driving experience. Trouble is, there’s nowhere to store these parts on the go, while reports of leaky roofs and electrical glitches have held the car back.

Should you buy one? Probably not. Its brave design doesn’t quite hit the spot while owners’ tales of problems are all too commonplace. 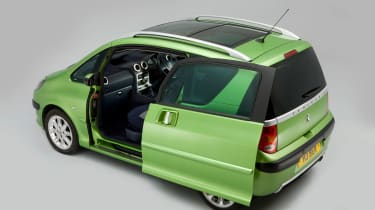 This French model was based on the same platform as the Citroen C3. It offered decent fuel economy and a unique selling point of unconventional electric sliding doors, which are handy for tight parking spaces. Strong safety credentials add to the appeal, although the awkward styling put buyers off, as did the sluggish performance, firm ride and poor handling. Reports of the electric doors failing in cold weather are likely to make you think twice, too, although you can now pick up a second-hand version from as little as £1,000.

Should you buy one? The 1007 might be worth a punt as a cut-price and practical runaround.

Have you ever owned an ugly car? Tell us about it in the comments section below...