Car recycling: how much of your old car is reused?

Legislation dictates that 95 per cent of a car has to be recycled when it's scrapped; we follow the hi-tech process... 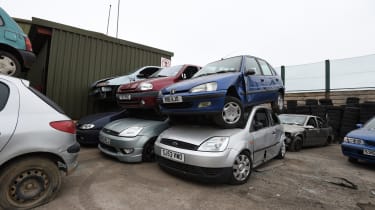 Paper, cardboard and bottles. It’s second nature to put out a separate bin for your recyclable goods – but what about your car? Ever considered what happens after you decide to scrap your motor? You may assume it’s a simple case of crushing it into a cube and ditching it in landfill, piling it high at a salvage yard or selling it for scrap.

You’d be wrong, because legislation won’t allow it – and the rules are getting even tighter. The previous target of recycling 85 per cent of a car’s weight was replaced at the start of last year by a stringent target of 95 per cent. 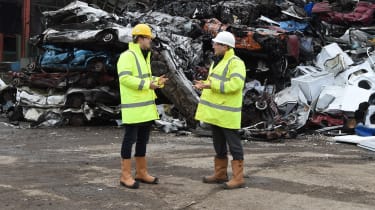 Unsurprisingly, achieving such radical improvements isn’t easy, especially when cars are made up of so many types and grades of materials; it requires investment and innovation from makers and recycling firms. The latest developments have saved half a million tonnes a year from landfill, and as a whole the industry has reduced its landfill waste by 90 per cent since 2000. In fact, so vast are the improvements, once the processes are running at full tilt, only one per cent of cars could be left unrecycled.

• How to scrap your car: all you need to know

Graeme Carus, business development director at metal recycler EMR Group, told us: “We’re using leading-edge technology which isn’t the normal image of our industry. It’s the most technologically advanced in the world, right here in the UK.” To get a glimpse of this tech, and track the automotive circle of life, Auto Express visited one of EMR Group’s major sites in Willesden, north London. 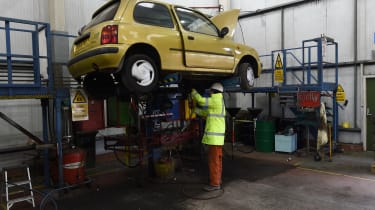 Under the End of Life Vehicles Directive, when cars and vans weighing up to 3.5 tonnes are scrapped, they must be disposed of in an environmentally responsible way. Authorised Treatment Facilities (ATFs) – of which there are around 1,500 in the UK – are the only centres legally permitted to dispose of scrap cars, as they can deal with hazardous parts like oil and batteries. Recycling centres with an ATF licence are then able to issue a Certificate of Destruction (CoD). 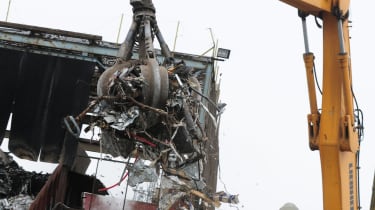 Once the car’s been made safe and had a CoD raised, it’s added to the scrap pile. From here, it’s broken up into small pieces using giant rotary hammers. EMR Group has eight sites where this is possible, and the biggest machine can shred a car every 15 seconds with water sprayed on to keep temperatures at a minimum. Once the pieces are small enough, they fall through a grate on to conveyor belts. 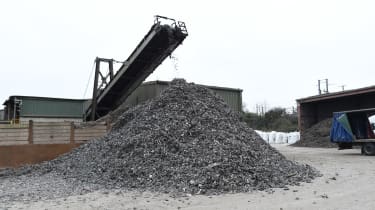 The conveyor belt rolls the various pieces underneath magnets, which pull off the steel, leaving plastic and non-ferrous metals on the belt. Around 70 per cent of a car’s weight is steel, so this process retrieves around 10 tonnes a year.

This is then recycled and returned to the foundry. Only 25 per cent of recycled steel stays in the UK; the rest is exported globally. As steel is made to an international standard, it’s traded as a commodity, and after the recycled steel market in Spain and the east coast of America disappeared in the economic slump in 2008, Turkey is now the biggest importer of UK recycled steel. 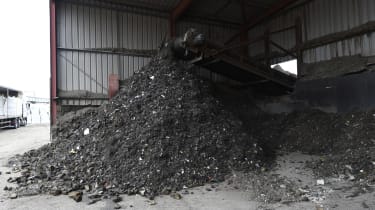 With the steel piling up off the conveyor belt, the next process sees a high-powered vacuum remove the lighter materials. Foams, rubbers, fabrics and light plastics are all pulled off the recycling stream. These would previously have been taken to landfill, but with the new legislation and the £80 per tonne landfill tax, new methods have been developed to recycle these elements. 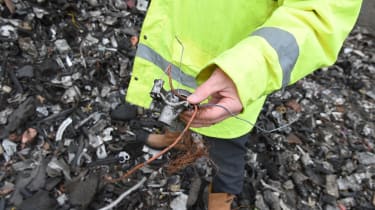 Non-ferrous metals and heavy plastics remain on the conveyor, and are collected to be taken to another centre to be separated. A process known as heavy media is used to split the materials – by changing the density of water, operatives can dictate what floats and what sinks. This works well for aluminium, copper and any other metals (around five per cent of a car’s weight), but flotation won’t work for plastics because they’re made up of so many different chemicals. Previously, they went to landfill, but to meet the latest targets, there’s now an extra process, called plastic polymers. 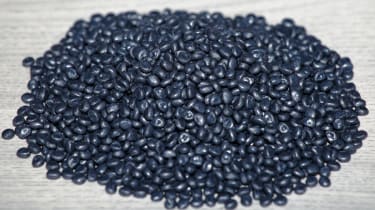 Recycling car plastics is a vital step as 10 per cent of modern cars use up to 20 different plastics. To avoid sending it to landfill, in 2010 EMR Group joined forces with MBA Polymers, a leader in plastics, to set up a site in Worksop, Notts. Here, the plastics in cars can be separated, taken back down to their original properties and reconstituted as pure plastic pellets. These pellets can then be used to make new moulds. 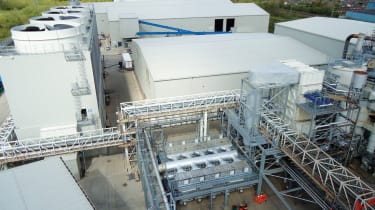 With plastics, steel and metals such as aluminium and copper now recovered and put back into the system, all that remains are the lighter materials taken out during the vacuum stage at the initial recycling site. These materials – such as foam, rubber and light plastics – used to go to landfill, but are now turned into gas. EMR teamed up with energy specialist Chinook to open up the hi-tech Oldbury plant in the West Midlands, where the materials are placed in a four-storey-tall rotating box which is heated up and converts them to gas. This gas is used to generate steam for electricity, with two tonnes of waste creating enough power to run the average house for a year.

A new drive to get more cars recycled

the decision to scrap a car can be tinged with sadness, but perhaps it shouldn’t be when so much benefit comes from its parts and materials. Yet the reality is, fewer of us are now doing it.

Before the 2008 recession, five vehicles were scrapped for every six sold. But as registrations of new models peaked at 2.6 million last year, just 1.2 million cars were scrapped.

The lower price of steel has encouraged people to export scrap cars to sell parts, while unofficial methods are causing problems for legitimate companies. EMR Group’s Graeme Carus told us: “There’s a cash ban for scrap, but it’s not enforced as well as it should be and has contributed to cars not coming through official channels.” 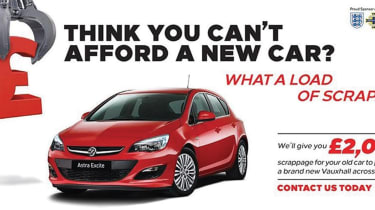 The Society of Motor Manufacturers and Traders has just launched a new free recycling take-back service to owners of end of life ‘orphan vehicles’ – cars whose maker is no longer trading – while Vauxhall has a voluntary scrappage scheme to take cars back via dealers.

Carus added: “Manufacturers could do more to drive cars into official channels. Vauxhall’s scheme is a good thing and it would be good to see other manufacturers follow its lead.”