The spacious and capable Toyota RAV4 could be yours for around £4,800, making it a compelling buy 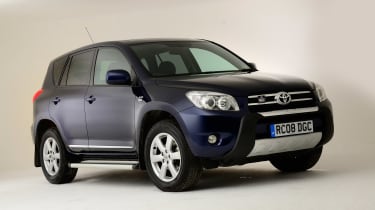 Toyota practically invented the compact SUV with the RAV4, and at under £5,000, the third-generation model is something of a bargain. Running costs can be high, but the car is very reliable and capable off-road, as long as you steer clear of the front-wheel-drive versions and go for a 4WD model.

2004 Volvo XC90 D5: The original XC90 looks sharp and offers seven-seat practicality, but can be expensive to run.

2007 Land Rover Freelander 2: Versatile Freelander 2 is great both on and off-road. Reliability record lets it down.