The new Aston Martin Vanquish Zagato is a spectacularly beautiful creation, but it’s actually just the latest in a long line of Zagato-fettled Aston Martins. In fact, the Italian coachbuilders have a long history with Aston, dating back to the 1960’s and the gorgeous DB4 GT Zagato.

But it’s not just Aston Martins that Zagato has fettled. Since it was founded in 1919, Zagato has turned its hand to all manner of cars, including Fiats, Alfa Romeos, Lamborghinis, BMWs and even a Bentley. The Zagato badge is every bit as well known as Bertone or Pininfarina, and some of its designs are truly iconic.

Zagato was founded as a coachbuilders by Ugo Zagato in 1919, initially repairing aircraft fuselages as well as car bodies.  The two disciplines soon began to blend into one, though, and Zagato began building car bodies using the same principles as it did with aircraft – employing lightweight structures built from sheet aluminium. 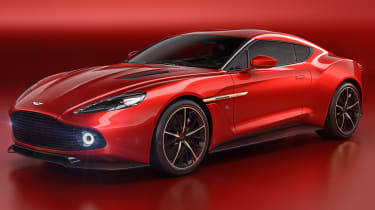 Zagato’s expertise was then applied to racing cars through the 1920’s, building custom bodies for Alfa Romeo, Bugatti, Maserati, and even Rolls-Royce. This cemented the Zagato name as a well-known supplier for racing bodies. The company’s aircraft heritage meant sleek, streamlined racing cars made from lightweight materials, along with new (at the time) innovations such as headlights incorporated into the bodywork and inclining the windscreens.

Zagato continued to innovate over the years with lightweight materials including Plexiglass, while the designs it created live on today as some of the most beautiful and striking ever created.

Scroll down to see some of our favourite Zagato-styled cars of all time... 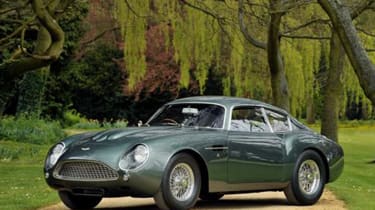 The first in a long line of Zagato-fettled Aston Martins, the DB4 GT Zagato was unveiled at the London Motor Show in 1960.  Using the underpinnings from the standard DB4 (including that car’s fantastic straight-six engine) it produced 314bhp. The main news was the styling, though, which was much sleeker than most cars of the time. It dispensed with the chrome bumpers and faired the headlights into the front wings. Only 19 DB4 GT Zagatos were produced. 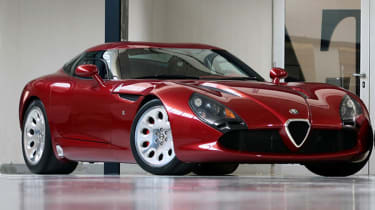 This stunning racer was originally a one-off named the TZ3 Corsa, but demand was so high that Zagato produced nine models which went by the name of TZ3 Stradale. While the original concept was based on the Alfa Romeo 8C Competizione, a rather less polished car gave its underpinnings to the road-going model. The Dodge Viper ACR-X donated its innards, including the bonkers 8.4-litre V10 engine, which produced 640bhp.

A ‘natural successor’ to the Zagato Aston Martins of the past, this stunning car was unveiled in 2011, and shared its components with the V12 Vantage. It added Zagato’s trademark styling cues – a double-bubble roof, rounded taillights and a shark-toothed grille. It also spawned a racing version, which finished 5th and 6th overall at the Nurburgring 24 Hour race. Of course, it kept Aston Martin’s fantastic 510bhp V12 engine, so it sounded as good as it looked. 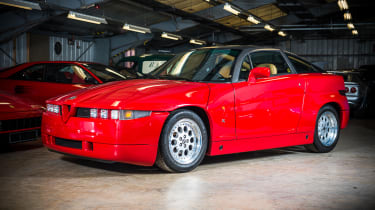 Though divisive, the Alfa Romeo SZ is undeniably striking, and several design features would make their way onto more modern Alfas – albeit in toned-down form - such as the trio of headlights on each side.

It was available as a two-door cope or an RZ convertible roadster, and originally came in just a single colour scheme – red, with a black roof and a tan interior, and all were powered by a 3.0-litre V6 powering the rear wheels. 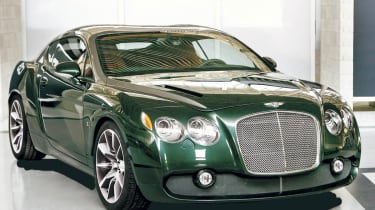 Another big British bruiser, the Bentley Continental also got the Zagato treatment in 2008. Leaving the underpinnings and 6.0-litre W12 engine alone, it worked its Italian magic on the Continental, giving it an entirely new look. A deeper grille flowed back into the brand’s signature double-bubble roof. Round the back, the tail was completely redesigned, with a longer silhouette, vertical taillights and a bulbous boot. It went on display at the Geneva Motor Show in 2008. 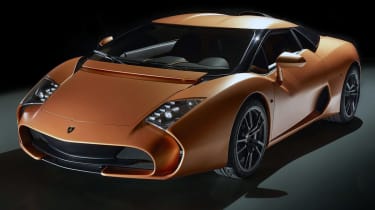 A stunning one-off, the Zagato 5-95 was commissioned by collector Albert Spiess, who already owned several other Zagatos at the time. The 5-95 commemorated 95 years of the coachbuilder, and was based on the Lamborghini Gallardo. The usual Zagato styling cues remain, including the double-bubble roof and rounded taillights, but the shape is pure Lamborghini, and looking closely you can see the Gallardo’s silhouette underneath Zagato’s work. 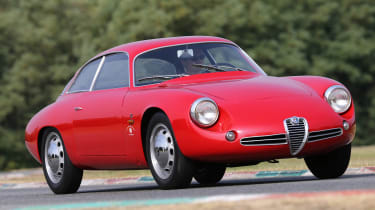 This sleek, stunning coupe is a far cry from the modern-day Giulietta, and actually came in several versions fettled by just about every coachbuilder around. Bertone created a long-tail coupe, Pininfarina turned its hand to the Spider convertible, while Zagato was responsible for the short-tail 2+2 seen here.

Zagato’s version was the lightest and fastest of the Giuliettas, and would do over 100mph thanks to the 1,290cc four-cylinder engine. 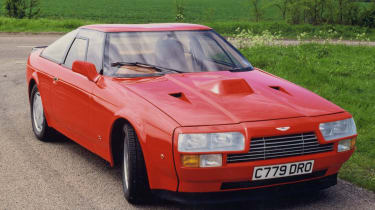 Just 52 examples of this coupe were built, alongside 37 convertible models in the four years it was on sale. Based on the Aston Martin V8, Zagato’s coachwork looked every bit the modern Aston Martin, with its angular bodywork dividing critics.

The Zagato was powered by the same 430bhp V8 engine as the standard car, and the lightweight construction meant it could hit 186mph – impressive even for today’s high standards. 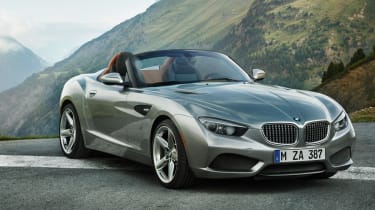 The BMW Z4 has always been a fairly handsome car, but Zagato took it to the next level with the BMW Z4 Zagato. With an entirely hand-built body, the details of this stunning car are as exquisite as the design – even the grille is made up of tiny letter Z’s. The paint is formed of 10 layers, and changes colour depending on how the light hits it. The car even came with a hat bag and travel bag. The roadster version was created in just six weeks, after strong demand for the equally stunning Coupe. 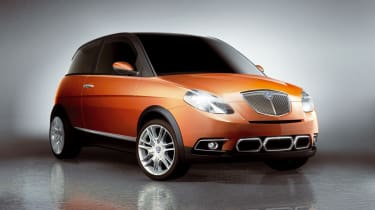 Proof that Zagato isn’t just limited to big, expensive, exotic sports cars, the Lancia Ypsilon Concept produced by Zagato looks every inch the modern small city car. The dark tailgate blends seamlessly into the roof, and up front, triple chromed air intakes give this little car a really purposeful look. It’s just a shame that the finished product, badged in this country as the Chrysler Ypsilon, didn’t quite live up to the standards promised by the original design.

What's your favourite Zagato design? Let us know in the comments below...