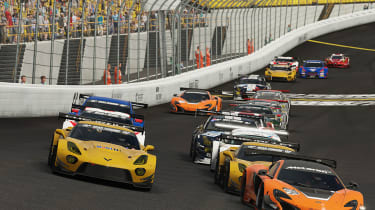 Gran Turismo Sport, or GT Sport, is to be the latest racing game instalment of one of the largest motorsport game franchises in the world. Exclusively for the PlayStation 4, GT Sport’s release date in the UK is 18th November 2016.

Like previous iterations of Gran Turismo, GT Sport is a racing simulation game developed by Polyphony Digital and Sony. GT Sport follows on from the highly successful Gran Turismo 6 for the PlayStation 3 but has a stronger emphasis on proper competition racing.

In fact, GT Sport has gone as far as to get its global online racing leagues supported by the FIA – the managing body that oversees real-life motorsport events like Formula 1, the World Rally Championship, World Rallycross and more.

The biggest headline about the team-up with the FIA, though, is that there is the opportunity to get a digital racing licence by completing certain tasks within the game. The “FIA Gran Turismo Digital Licence” is meant to have the same value as a real-life racing licence. Details are sketchy at the moment as to the final prerequisites needed to get one in the game, but 22 countries have said they’d be interested in being part of the program – including the UK. 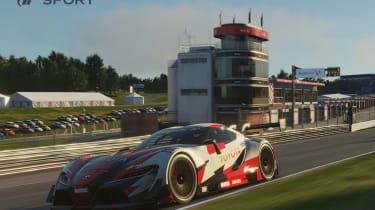 In order to promote good racing behaviour, like that approved by the FIA, you will be scored based on your driving etiquette, as the game will be “evaluating online race behaviour and a player’s skill”. There will be two officially sanctioned championships: the Nations Cup will make players representatives of their home countries, and the Manufacturer Fan Cup allows players to choose their favourite car maker and fight for supremacy and bragging rights.

That’s not to say that GT sport is only for loyal racing fans – there are several road cars in the 140 available at launch, including the LaFerrari, the latest Mazda MX-5 and the new Ford Mustang. The list also includes some original cars from manufacturers across the globe, under the Vision Gran Turismo tagline; Hyundai, Bugatti, Alpine and Volkswagen are among them.

• Best racing games: the driving games you have to play in 2016

There will be 19 different track locations from launch, including real ones like Brands Hatch and the Nurburgring, along with originally created ones for the new game. 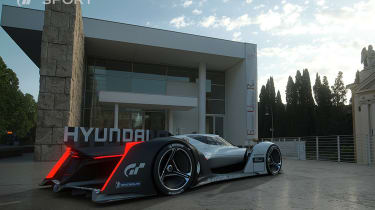 Plus, there's also a livery editor, so you can perfect your personalised racing decals on your cars, spectate on the championships with GT Sport Live and utilise the game's in-car photography system to get that perfect snap of your favourite car.

GT Sport, then, will officially launch on 15th November in Asia, Japan and the US, 16th November in mainland Europe but will be released to the UK and Ireland on the 18th for PlayStation 4.

Are you looking forward to the next Gran Turismo game? Let us know in the comments below!