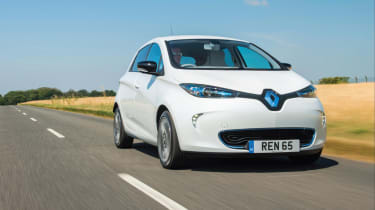 British drivers have voted electric and hybrid cars the best to own in this year's Driver Power results.

More than 61,113 responses were received by Auto Express for more than 500 models and the top ten in 2015 features two hybrids and two electric vehicles as owners praise the improved running costs on offer.

The Lexus IS Mk3 takes the number one slot overall this year, with a satisfaction rating of 93.96%, ending the Skoda Yeti’s three-year stint as the UK’s favourite car.

Three-quarters of all Lexus IS owners who responded own the eco-friendly hybrid version. The new Lexus NX, also sold in hybrid form, came sixth overall.

Two electric vehicles, the Renault ZOE and Nissan LEAF, came in fifth and eighth place respectively. Receiving a satisfaction rating of 92.87%, the ZOE scored higher than the Driver Power 2014 winner, the Skoda Yeti, which received 92.78%.

Steve Fowler, editor-in-chief of Auto Express, said: “Car buyers are attracted by the low running costs of hybrid and electric cars, but Driver Power 2015 shows that the whole ownership experience for these cars is pretty enjoyable, too.”

Once you've seen the overall results, have a look at the UK's most reliable cars.

Driver Power is the UK’s number one car customer satisfaction survey and in 2020 it was bigger and better than ever.
Deaths on UK’s major road network reach eight-year high