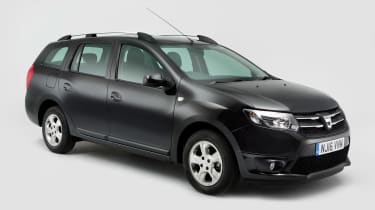 Proving that Brits love a bargain, Dacia shifted over 17,000 cars in its first year. This was enough to eclipse marques such as Jaguar, Mitsubishi and Alfa Romeo, and was also the best first-year result ever recorded by a new brand in the UK. It would be easy to assume that cheap equals nasty, but nothing could be further from the truth. This year, the Logan MCV has scored its best result yet in our Driver Power satisfaction survey, plus the brand came fourth overall. Buy one of the few used cars available, and you’re unlikely to regret it.

Dacia put the cat among the pigeons when it returned to the UK at the end of 2012. This Renault subsidiary introduced a stream of affordable models including the Logan MCV (Maximum Capacity Vehicle) in 2013.

Priced from just £6,995, this budget estate car offered a large carrying capacity at a price that undercut established rivals by thousands. While the Dacia doesn’t have the polish of these pricier alternatives, the quality and reliability are proving to be more than a match, with some owners claiming their Logan is the best car they’ve ever had.

So don’t be too ready to dismiss the Dacia – it could give you all you need at a price well below what you expect to pay.

The Dacia Logan arrived in 2004 and was on sale for four years before being replaced by the current model. It’s this latest generation that we’re focusing on in this review. 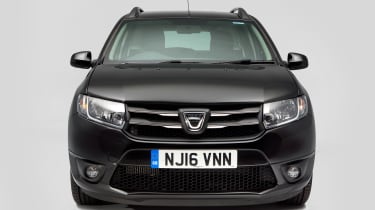 When it arrived in UK showrooms in July 2013, the Logan MCV was Dacia’s fourth model. On offer was one diesel engine – the familiar Renault 1.5 dCi unit – along with two petrols. These were also borrowed from the Renault parts bin; a 1.2-litre four-cylinder unit, alongside a three-cylinder turbocharged 0.9-litre powerplant.

There were three trim levels to choose between (Access, Ambiance and Laureate), but from spring 2015, there was also a range-topping Laureate Prime special edition, while the limited-edition Ambiance Prime arrived a year later. The former came with multimedia, powered rear windows and upgraded trim, and the latter features alloy wheels. Cleaner EU6 engines were fitted from September 2015; these cut CO2 emissions and road tax rates in some cases.

The two best engines are also the most popular by far – the 0.9 TCe petrol and the 1.5 dCi diesel. Both are perky and economical, and while they cost more to buy than the 1.2-litre unit, the premium is easily worth it.

All Logans come with a manual gearbox, so it’s just a question of choosing the engine and trim, although the higher levels are available with more options. Access versions have wind-up windows, steel wheels and no radio, but Ambiance models feature remote central locking, powered front windows, Bluetooth and a CD/tuner. 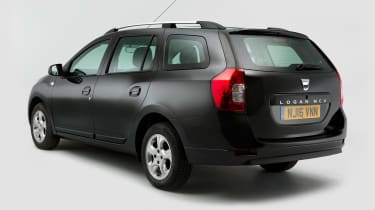 Alternatives to the Dacia Logan MCV

Load space is the Logan’s most attractive feature; the 1,518-litre boot of the Dacia compares favourably with our top-value used favourite, the Ford Focus, with 1,502 litres.

If buying a diesel, see how efficient the heater is. Some owners have found that it takes many miles of driving before the interior warms up. 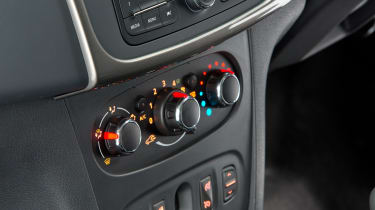 Not all Logans feature standard parking sensors, but cars with a factory-fit system should have a switch to stop them activating; not all do.

Many car owners are disappointed with fuel economy, but not where the Logan diesel is concerned; it seems 65mpg is easily achieved.

Dacia upgraded the standard wiper blades early this year, but older cars got low-quality items that are worth replacing with aftermarket Bosch blades.

The most impressive thing about the cabin is how spacious it is, but build quality is surprisingly good, too. Although entry-level cars feel spartan, there’s decent head and legroom for rear passengers in all models, plus the cavernous boot can stow 573 litres, or 1,518 litres with the seatbacks folded. 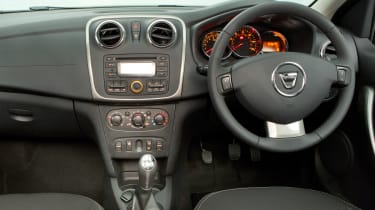 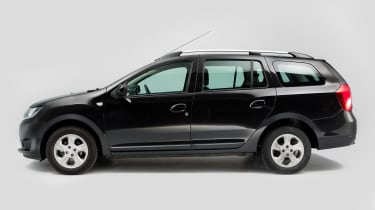 Since the Dacia brand was relaunched in the UK at the end of 2012, Renault has had 11 recall campaigns for cars manufactured during this period, across its whole passenger car range. But in that period, Dacia has yet to issue any recalls for any of its various models – Duster, Sandero, Sandero Stepway or Logan MCV. This is despite Dacias using older Renault tech to keep costs down – it’s a formula that clearly works as it’s improving the ownership experience, too.