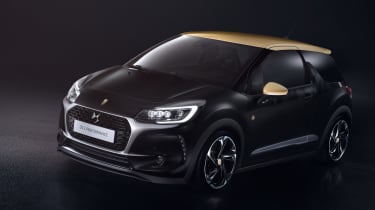 DS may be in the process of finding its feet, but its ambitions are high. The new DS 3 was launched last night in Paris – and with it a new hot sub-brand called DS Performance.

The new DS 3 brings back the limited-edition Racing model of the old car, but as a full production flagship model worked-over by DS Performance. It gets 205bhp from a 1.6-litre turbocharged petrol engine, lowered suspension, a shorter-ratio manual gearbox, bigger brakes and a limited-slip differential. But things won’t stop there, as Eric Apode, DS’s Vice President of Product Development, confirmed. 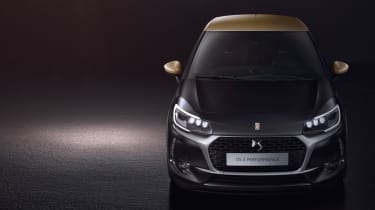 Apode said: “The target is to make a much broader range in the near future”. As part of that, he told us: “A DS Performance car family will be established”.

However, he was quick to point out that this won’t be as outwardly sporty as Peugeot’s ‘GTi’ models, with comfort and refinement remaining a priority.

“In the future we will see performance increase but still with the comfort of a DS car. Part of DS’s brand identity is ease of use and everyday comfort, so these cars won’t be stripped-out. They are not track cars”. 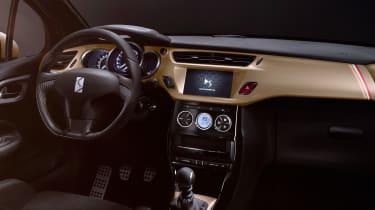 Apode hinted that there was more to come from the DS 3, with an even faster Performance model in the pipeline. He describes the new 1.6-litre turbo flagship as “more of a fast GT car than a GTi”, acknowledging that it’s not meant to be a standalone hot model.

He refused to be drawn into which future models will receive the go-faster treatment, but the DS Performance car family is likely to begin with a hotter DS 4. A likely powertrain candidate is the highly-tuned 1.6-litre THP petrol in the Peugeot 308 GTi, although the existing 208bhp version in the DS 4 could also be upgraded.

An all-new two-door coupe is planned before the decade is out, too, but details are scarce on that so far. Saloons are on the horizon primarily to satisfy DS’s crucial share of the Chinese market, but it’s unlikely these will make their way to the UK. 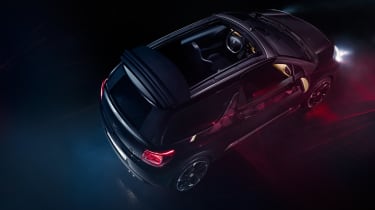 In a separate interview, CEO of DS Yves Bonnefont also announced the brand is developing an “innovative new suspension system” to help it properly reproduce its chassis motto of “hyper-dynamic comfort”.  He refused to elaborate, but confirmed we won’t be seeing Citroen’s famous hydropneumatic setup in a DS.

All DS Performance models, including the DS 3, will get new badging to signify their racier status. The MINI Cooper S rival also gets a subtle bodykit, bigger wheels, sports seats and new trim options inside. Prices are yet to be announced.

What do you think of DS' new plans? Let us know in the comments! 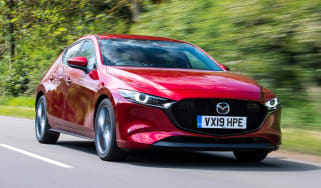