The DS 4 has always been a niche choice. Can a raft of improvements make it more competitive? 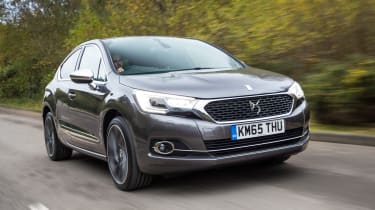 Oddball, left-field, quirky; call it what you will, but even without Citroen badges the DS 4 remains difficult to recommend in this sector. It’s stylish, offers good value and the 2.0-litre diesel is our pick, but it falls well short of the premium hatch standard, particularly in terms of ride, handling and practicality.

If ever a brand could be accused of still finding its feet, DS would be it. It’s been nearly a year since DS split from Citroen, but bosses admit it will be many more before buyers view it as alongside Audi and Lexus.  They hope the facelifted DS 4 will help – the premium hatch joins the revised DS 5 and existing DS 3 in the UK range, and we’ve driven it here for the first time.

At the same time, DS has also introduced a jacked-up Crossback variant with the intent of making a small foothold in the crossover segment before all-new SUVs are eventually launched. 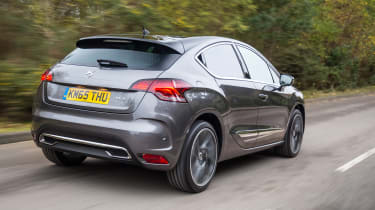 So, what’s changed with the new model? Well, for starters there isn’t a Citroen badge in sight. To keep the brands separate, DS is focusing on design, technology, comfort and refinement. The facelifted DS 4 now has a more distinct and bolder image, adorned with DS’s own motif.

To help differentiate the DS 4 from the Crossback it sits lower to the ground than before, while both benefit from a classier chrome front grille, an arty DS motif, intricate LED headlamps and reprofiled bumpers. There’s also 38 colour combos for the body and roof. 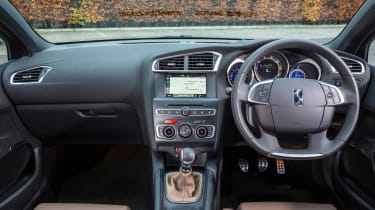 Step inside the DS 4 and it’s certainly plush, especially if you spec the sumptuous watch strap leather, while the black rooflining and multi-colour backlit dials give it a classy look. There’s also plenty of kit, and the seven-inch touchscreen is far easier to get along with than in the Peugeot 308.

There’s no shortage of kit, either, with navigation, a reversing camera and dual-zone climate control, as well as an array of safety tech thrown in as standard. That makes the DS 4 good value up against the Audi A3 and BMW 1 Series, both of which would cost several thousand pounds more if specced to similar levels. 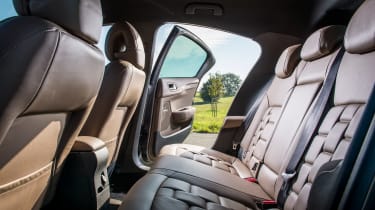 However you don’t have to look hard to find harder, scratchier plastics around the doors and lower dash, while limited wheel adjustment spoils the ergonomics. The biggest foible is found in the back, however. The door opening is narrow, making it awkward to hop in, and once you’re there it’s cramped and claustrophobic for average-sized adults.

You still can’t open the rear windows, either, which seems an astonishing oversight. At least the 385-litre boot is a decent size, once you’ve negotiated a high lip.

DS cites an ambition to offer something called “dynamic hyper comfort”, which sounds promising. Engineers are said to have worked on the chassis to provide the perfect balance between comfort and handling, but it isn’t apparent on the road. Body control is decent and it resists understeer well, but the steering is oddly heavy at low speeds and lifeless as you push on, while the long-throw manual gearbox is hardly sporty.

Worse still is the ride, which is very inconsistent. On motorways and smooth roads it feels softly-sprung, but rougher roads make it feel quite unsettled and the 19-inch wheels on our test car really thumped over big potholes.

At least road and wind noise aren’t too intrusive, while the 2.0-litre diesel is punchy, smooth and efficient, and likely the pick of the range. At £23,495 it also looks decent value next to cars such as the Audi A3 and Infiniti Q30, both of which will cost considerably more for similar spec and power.