Electric Ferrari supercar is under consideration 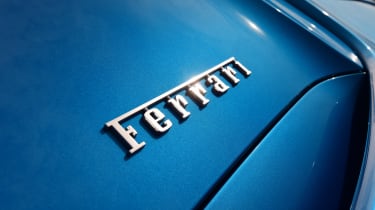 The flamboyant exec had already made waves at the Detroit Motor Show by confirming his brand’s controversial SUV will be ready by late 2019 or early 2020. But Marchionne admitted the brand still has some way to go before an EV will reach production. “Ferrari has looked at this forever and if there is an electric supercar to be built Ferrari will build it first,” he said at the Detroit Motor Show.

The admission marks a significant turnaround from Marchionne, who said two years ago that a Ferrari without an internal combustion engine would be “an almost obscene concept”.

Marchionne has watched Tesla’s development with interest. Elon Musk’s outfit recently announced a new Roadster, with a claimed 0-60mph time of 1.9 seconds and a likely top speed of 250mph. Power comes from a 200kWh battery pack and three electric motors. If these figures are achievable, it would make the Tesla the fastest accelerating car on the road.

Marchionne continued: “People are amazed with what Tesla did with the supercar. I am not trying to minimise what Elon did but I think it is doable by all of us.”

The question of range, however, is proving the big stumbling block, he claimed. “You’re going to go real fast but how long do you last? We have seen that in Formula E, you have to change your car in the race. We need a lot more work to be done before we can make that a legitimate answer, motorised sports cars.”

Should Ferrari build an EV? Let us know your view in the comments...