Is Fiat’s return to the roadster class a success? We find out as the new 124 Spider battles its Mazda MX-5 sister car 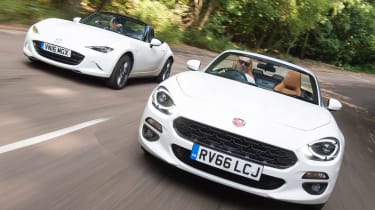 It’s almost 50 years to the day since the original Fiat 124 Spider first broke cover. Back then, Italian car makers led the way with affordable roadsters, and it was the latest in a long line of models that placed open-top thrills and agile handling ahead of practicality and comfort.

Yet over the following half century, Fiat lost faith in two seater drop-tops as buyers looked first to hot hatches and then to rugged SUVs. So when the slow-selling, left-hand-drive-only Barchetta disappeared from price lists in 2005, the firm didn’t bother replacing it. 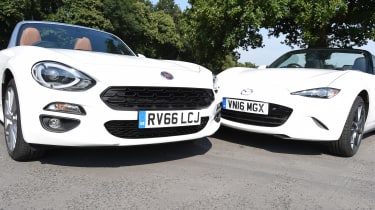 That’s all changed with the arrival of the new Fiat 124 Spider, which harks back to the original with its retro lines and traditional rear-drive layout. Yet under the skin there’s a lightweight aluminium structure and punchy turbo engine, which brings this reboot of a classic format bang up to date.

But it’s been so long since Fiat tried to make a car like this, it got some help from Mazda, a firm with nearly three decades of record-breaking roadster success under its belt. The result is that the 124 Spider shares much of its underpinnings with the world’s best-selling roadster – the MX-5.

There are differences, though, both visually and mechanically. For instance, the Mazda uses a naturally aspirated engine, while its suspension settings are tuned for the ultimate in driver satisfaction. And as our reigning roadster champ it sets the standard in this encounter.

So which of our drop-top twins comes out on top in this fierce bout of sibling rivalry?

These cars take totally different approaches under the skin. The Spider uses Fiat’s tried-and-tested 1.4-litre MultiAir turbo, found in the Abarth 595. Its cast iron block ensures the car is about 50kg heavier than the MX-5. Mazda’s ‘rightsizing’ policy means its roadster gets a larger, all-aluminium naturally aspirated 2.0-litre four-cylinder engine. 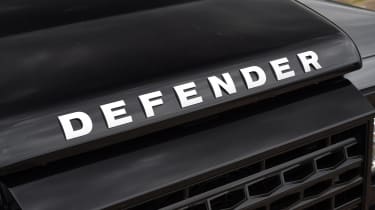 The Fiat’s design cues are taken from 1966’s original 124 Spider, and neat retro features such as the bonnet bulges and optional ‘Cromodora’ wheels add to the car’s kerb appeal. However, the overall shape isn’t quite as crisply defined and neatly proportioned as the Mazda’s.

It’s clear Fiat has tried to give the Spider a more relaxed feel than the Mazda. Not only is the ride more composed, it feels settled through a series of bends.

In contrast, keen drivers will revel in the MX-5’s agility, which is enhanced by its edgier feel and sensitivity to throttle application. 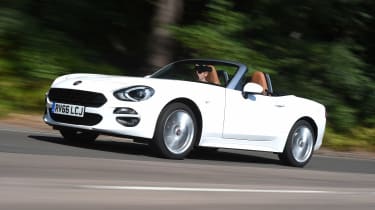 In the final reckoning there’s little between these cars, but the Fiat just edges victory. Whether you prefer the looks will be down to personal taste, although there’s no denying the 124 Spider’s lower price and running costs, plus its stronger real-world pace. And while it just lacks the ultimate purity of the MX-5 driving experience, it delivers 99 per cent of the fun while being easier to live with. 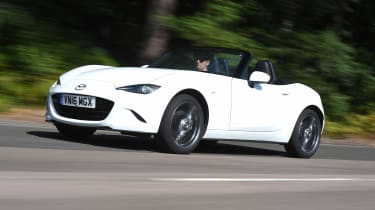 With its playful handling and naturally aspirated engine, the Mazda is hard to beat for driver thrills. Sport Nav spec is loaded with kit, and the cabin looks good and is quite versatile. Yet while the 2.0-litre model is fast, its stiffened suspension upsets the ride without improving on the cheaper 1.5’s fine driving dynamics. Still, the roles might be reversed in this test if it was the MX-5 1.5 up against the Fiat. 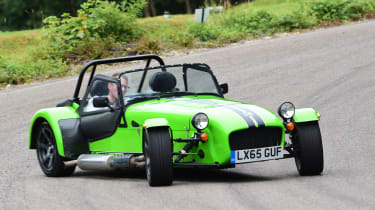 If you want a two-seater drop-top that prioritises driving thrills, look no further than the Caterham. A fiddly hood, small boot and lack of creature comforts make it a challenge to own, but on the right road few cars are as involving or put you as close to the elements. 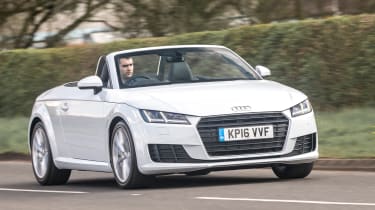 Our new car budget should be enough to get you behind the wheel of a low-mileage second-hand TT Roadster. With its head-turning looks, stunning cabin and blistering pace, this desirable drop-top beats all of our contenders for kerb appeal. It’s also surprisingly good to drive.