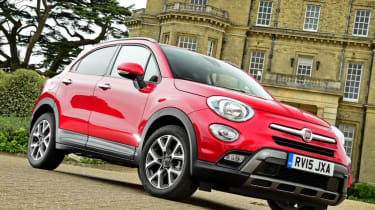 The Fiat 500X didn’t feature in our Driver Power 2019 survey but came 71st out of 75 cars last year, suggesting things could be better. Owners on our sister site carbuyer.co.uk give a very wide spread of opinions on the 500X. There are several one or two-star ratings, but plenty of five-star verdicts, too. The key seems to be to buy the right model for you, and thoroughly check over any car before you buy it. While some owners have had no problems, too many seem to have had lots of grief. Buy a trouble-free 500X, look after it, and it could be the perfect runabout. But choose badly and you might not stop regretting it

It would be easy to accuse Fiat of being cynical when it jumped onto the small SUV bandwagon by introducing a jacked-up version of its ever-popular 500 supermini. But the 500 is the only Fiat that sells in big numbers, and buyers want to downsize while still enjoying driving in an SUV, so the 500X was just what the market wanted.

Healthy sales when new mean there’s plenty of choice on the used market, plus prices are keen. Although even the oldest examples are only four years old, a second-hand 500X can be yours for just £8,000. So does the Fiat make a good used buy? 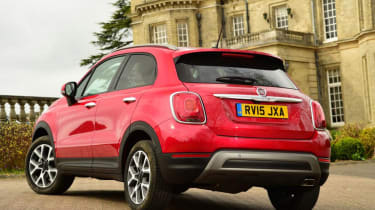 A simplified 500X range was introduced in February 2018, with just three trim levels – Pop, Pop Star and Cross Plus. Mid-range cars and above gained an improved Uconnect multimedia system that featured both Android Auto and Apple CarPlay.

The naturally aspirated 1.6-litre petrol engine is okay if you’re in no hurry, but the turbocharged petrol and diesel powerplants have the most zip. The 1.6-litre E-Torq and 1.3-litre MultiJet engines were paired with a five-speed manual gearbox, while the 1.6-litre and 2.0-litre MultiJet got six-speed transmissions. All 500Xs with four-wheel drive came with a nine-speed auto box. 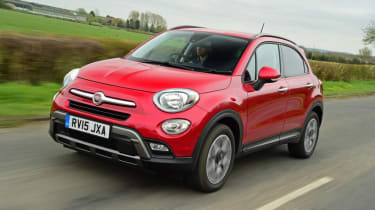 Alternatives to the Fiat 500X

If you’re looking for a small SUV you’re spoiled for choice, with most mainstream car makers offering one. Nissan created the segment with its Juke in 2010; it still looks distinctive, but is due to be replaced soon.

More appealing are the SEAT Arona and MINI Clubman, but both are costly; the SEAT is a new arrival, while the MINI is pricey to start with and holds its value well.

The Vauxhall Mokka X is plentiful if a bit uninspiring, and the Renault Captur, like the Peugeot 2008, is attractive and good value.

Top-spec cars have all the bells and whistles, but the 18-inch wheels give a firm ride. Be sure you don’t find this too uncomfortable.

If you’re after a diesel, be aware the facelift in August 2018 saw all the 500X’s diesel engines axed; it was petrol only from then on.

The Uconnect system can drop a phone’s Bluetooth connection. This isn’t specific to one make; it reportedly happens with all brands.

Inspect a potential purchase to ensure all of the electrics work. Owners report problems with locks, windows and other such items. 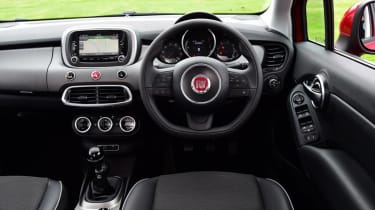 Fiat doesn’t do bland design, and the 500X gets an eye-catching dash that’s generally user-friendly, while the cabin has plenty of high-quality materials. The multimedia system is okay, rather than class-leading, but there’s no shortage of equipment, especially on mid-range models and above. Cabin storage is good but the boot is quite small, at just 350 litres, or 1,000 with the seats folded.

There have been two recalls so far. One in March 2017 saw 64 cars with an automatic box built from December 2014 to January 2016 receive a software update and possible wiring upgrade to prevent the transmission from potentially shifting into neutral while driving.

A redesigned rear seat latching mechanism is required for 500Xs made between June 2015 and August 2018.

The 500X didn’t figure in our satisfaction survey this year, but it was in the Driver Power 2018 poll, in 71st place out of 75. The Fiat didn’t do well in any category; it was bottom (or nearly) for reliability and build quality, running costs and ride and handling. Its top score was for practicality and boot space, but even that was only just inside the top 50, so it was disappointing all round.