Fiat has revived its Tipo as a value-focused family car. Can it beat similarly priced rivals from Skoda and Citroen? 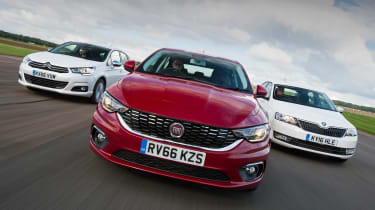 Fiat has history when it comes to making affordable cars. Its original 500 was a cheap city car for the masses, and while this iconic model has been pushed upmarket and achieved fashion accessory status over recent years, spawning more expensive variants like the 500X crossover, the brand has now gone back to its roots with its latest car.

It’s called the Tipo, and revives a nameplate that hasn’t been used for two decades. The new family hatch has a focus on value, and even the top-spec Lounge trim with Fiat’s 1.6-litre turbodiesel engine we’ve lined up here comes in at a reasonable £17,995, so its cut-price contenders have their work cut out. However, the Skoda Rapid is a potential thorn in the Tipo’s side, as it serves up even more practicality and similar performance for just £365 more.

It’s not just Italy that’s had a strong hold on this sector of the market in the past, though, as French manufacturers have traditionally offered competitivealternatives. The same is true today, as the Citroen C4 is another no-frillsoffering – and with the firm’s strong 1.6-litre diesel under the bonnet, it promises the same level of power but even lower CO2.

The Citroen is more expensive than the Tipo in top-spec trim, but where running costs count, could the C4 pull off a surprise victory? 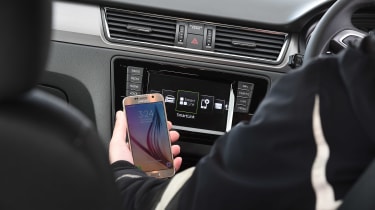 Affordable family hatchbacks don’t generally feature lots of tech, but these three offer some surprises. The Tipo gets Fiat’s Live Services that let you stream media; Skoda’s SmartGate and SmartLink boost connectivity with your mobile device. Citroen’s MirrorLink is similar to the Skoda, but the car-to-phone interface lags behind. 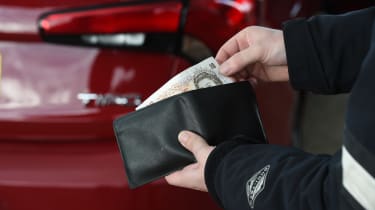 What you get for your cash is a big factor, and it’s the Fiat that succeeds. The Tipo is the only car with sat-nav as standard, plus it offers climate control, DAB and parking sensors – all features you pay for in the Skoda. The Citroen gets some of the kit, but loses out to the Tipo elsewhere. 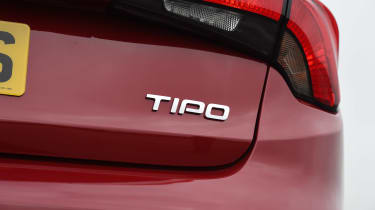 The overall cost of ownership will be key to potential buyers, and it’s the Fiat that comes out on top again. It’s cheaper to buy, cheapest on finance, is likely to depreciate the least, is the most cost effective for business users and will cost the least to insure. 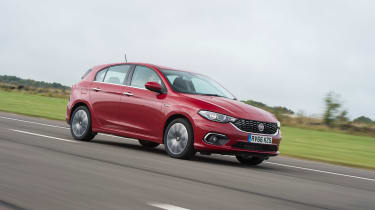 The Tipo is the best rounded budget hatch here. Although it loses out to the Rapid on ultimate boot space, it offers more than enough practicality for most situations, while the strong engine and comfortable chassis make it an acceptable family five-door to live with. However, it’s the Fiat’s thrifty running costs that seal the victory in this test. 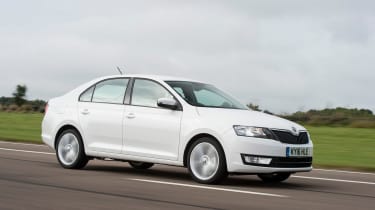 Although the Rapid is slightly more expensive to buy than the Tipo, you’ll have less to show for it. As a result, evening up the spec will send the cost even higher, widening the gap to the Tipo. It won’t be quite as cheap to run, and although it rides nicely, the less powerful engine means it won’t be as relaxed to drive as the Fiat. 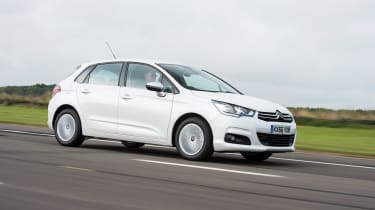 Even compared with the budget competition here, the C4 is well outclassed. It feels like an old car – partly because it is, and partly because the 2015 facelift didn’t do enough to bring it back into contention. It’s also not as practical as its rivals, plus it’s too expensiveand will lose more money. As running costs are key, the C4 finishes last. 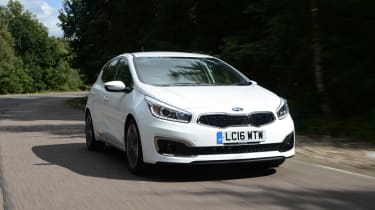 The Kia Cee’d offers more power than the Tipo, but this comes at a price, as it’s £1,100 more expensive. The 380-litre boot means it’s also down on space, while this budget will only get you a ‘2’ spec car, so you don’t get as much kit as the Fiat, either. 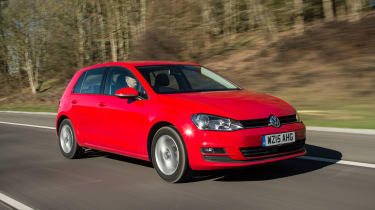 For around £1,000 less than a new Fiat you could have a nearly new Golf with 3,000 miles. The VW has more power and plenty of kit in Match trim, with adaptive cruise and autonomous braking. The 380-litre boot is a decent size, too.